The victim of a 2011 armed home invasion now has images of the perpetrators after a friend searched for her home on Google Street View last week.

The woman -- who declined to be identified out of fear of potential retaliation -- told KFOR that a friend of hers was looking at her street on Google Street View when she found an image of the men who fit the description of her assailants: 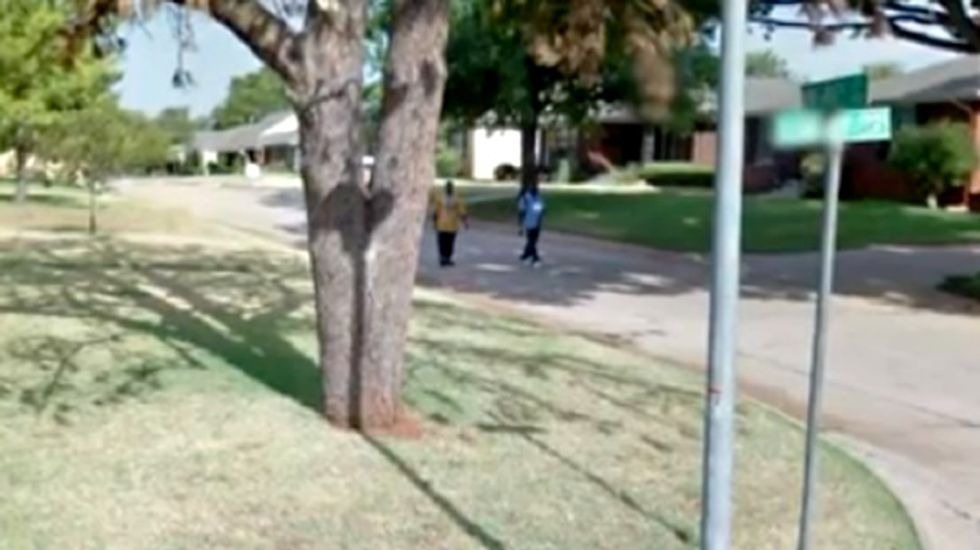 The victim said she recognized them instantly because she had spent over an hour with them. "They pulled a gun and held me for over an hour," she said. "There were times that I thought they would shoot me before they left."

"He actually sat at my dining room table," she said of one of the armed robbers, "and said 'I think my karma is going to catch up with me.' And I just looked at him like, 'Yeah.'"

Three years later, it appears the armed robbers' karma has, in fact, caught up with them. Their faces were blurred by a Google algorithm, but the clothes they wore matched the victim's description -- as did the date of the invasion.

Police are still attempting to identify the men in the photographs, and anyone who has information about them is urged to contact the Oklahoma City PD.

Watch the report on the incident from KFOR below.

["Woman frustrated with computer" via Shutterstock]