Who is more pro-motherhood? Pro-choice or anti-choice? (Hint: Pro all the way.) 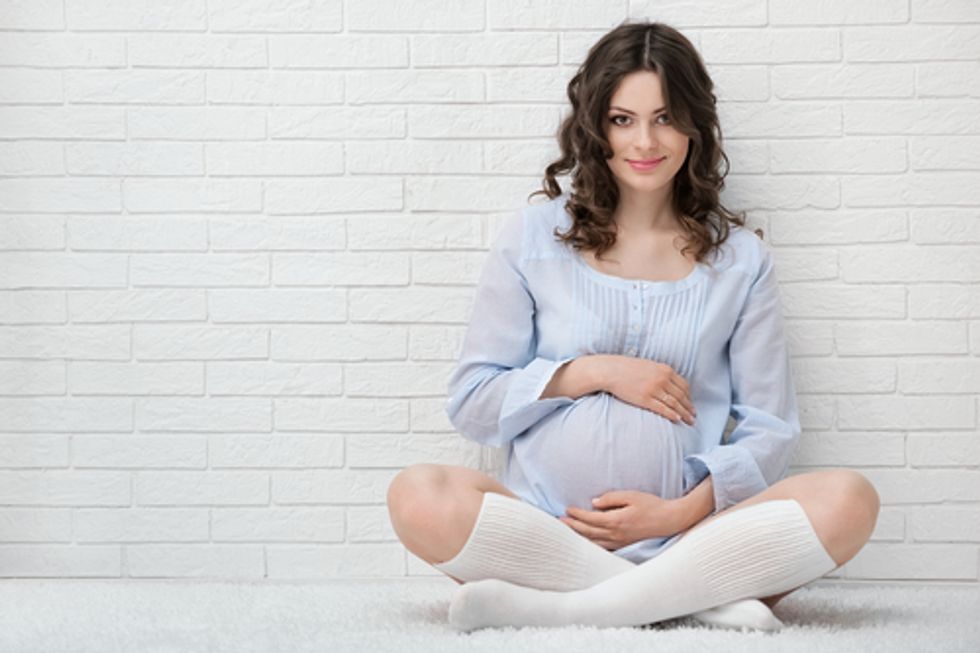 For those who don't know, expecting mothers in Finland can fill out a simple form and the government sends them a really fancy "baby box" full of stuff for the baby (and a little stuff for mom), free of charge. A Finnish woman on Reddit responded to people's curiosity about this box by posting picture of what you get in it. Be jealous, American parents. 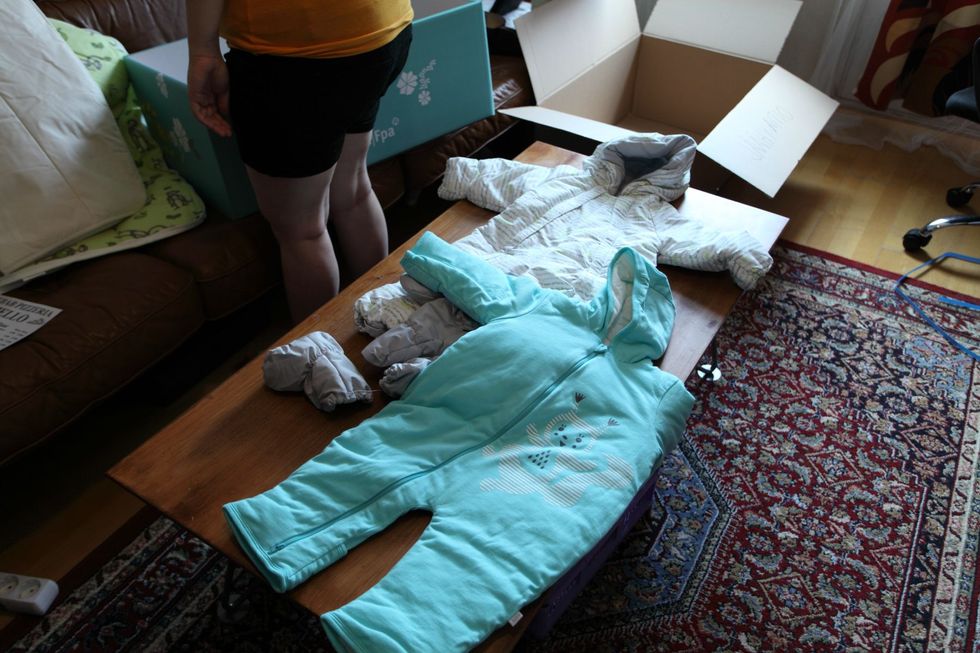 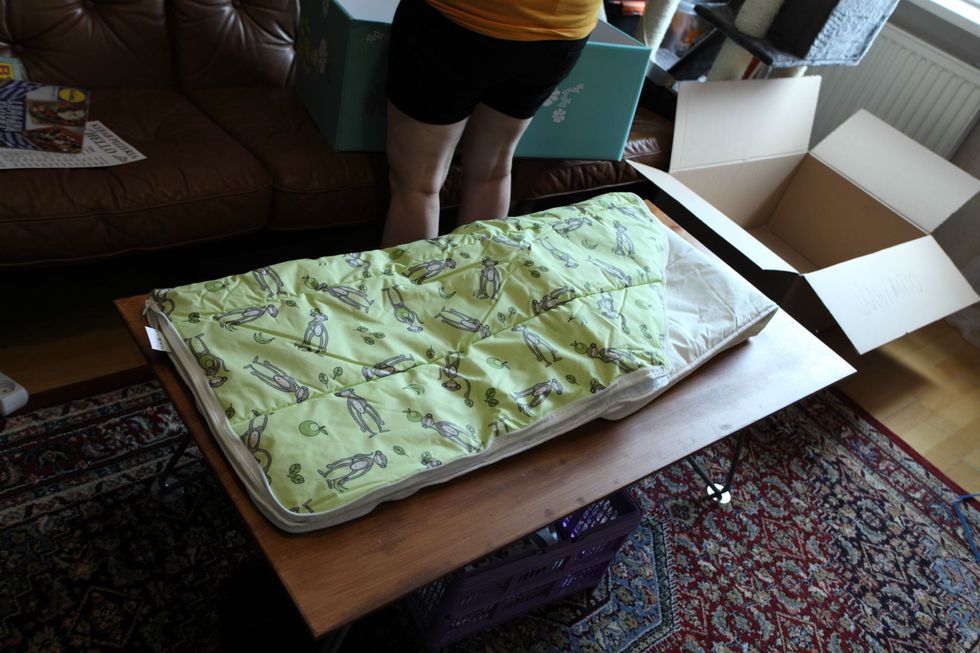 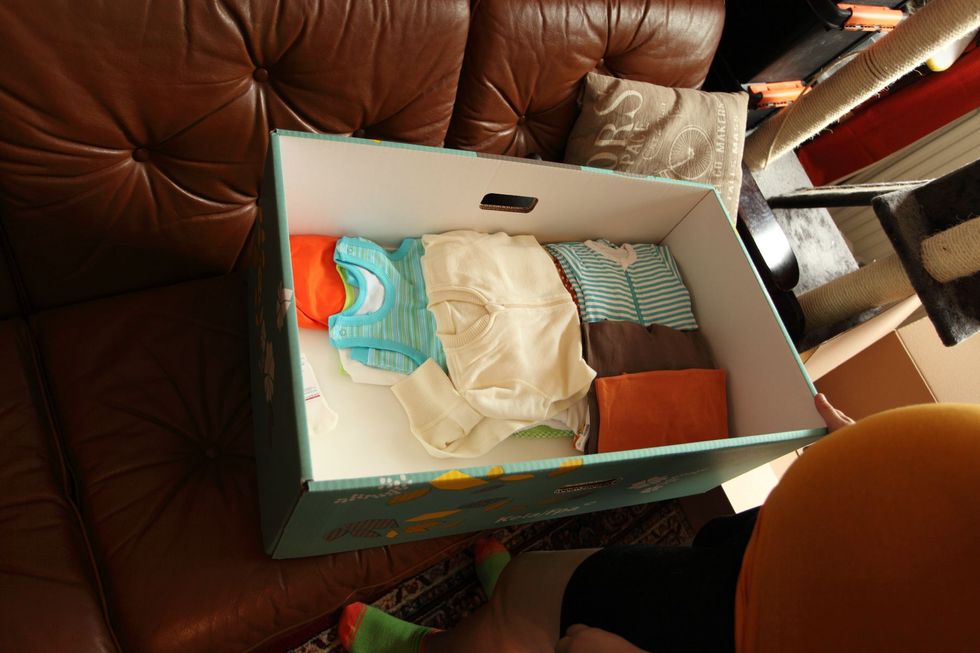 There are also some hats, booties, candy for the family, and condoms. The box itself doubles as a newborn crib, with a mattress at the bottom. As you can see, not only is the box helpful, but it is also aesthetically pleasing, something that would cause Fox News to absolutely melt down upon hearing that poor people get the same access that middle class people have.

I joked on Twitter that it would be something if even one of those "crisis pregnancy centers" that claims to help women avoid abortion by offering assistance gave out boxes like this. Most just give you a couple diapers and a teddy bear. A few offer a little more help, but it's with major strings attached, usually requiring you to attend hours upon hours of Bible study (instead of, you know, going to your job) in order to "earn" much less than this box provides.

All of which got me to thinking: As reproductive justice activists have long pointed out, despite the saccharine tributes to motherhood on offer from conservatives, the truth of the matter is that real support for motherhood tends to be more strongly correlated with support for reproductive rights. That makes sense, if you give it even a moment's thought. If you actually respect motherhood, you respect that it's hard work, both physically and emotionally, and therefore shouldn't be undertaken lightly, much less forced on the unwilling. With that in mind, how is Finland generally when it comes to respecting women's reproductive rights?

Pretty good, it turns out. Better than the U.S., for sure. Finland has universal health care and all forms of contraception are on offer, free of charge. Abortion is easier for Finnish women to get, as well, since it is also available free of charge. There are strong limits on it after the first 12 weeks, but since it's easy to get one in the first 12 weeks, demand for non-health-related abortions after that is really low.

It is true that Finland, like a lot of countries, has a law requiring women to give a reason for an abortion and that a doctor has to sign off on it. Some folks have rather dishonestly suggested that means Finland and other countries like it are less liberal and respectful of women's rights in this regard, even suggesting that the generous benefits are paid for by giving up rights. Emily Matcher in the Atlantic tried this one: "Paternalistic abortion laws are, perhaps, the flip side of generous government benefits: The government provides amply for the babies you do have, but in return it gets to quiz you about your reproductive choices."

This is, simply put, utter horseshit. The reason that a lot of countries require you to give a reason for an abortion is because they liberalized their abortion laws before we did, which meant writing "compromise" laws that had these paternalistic fingers all over them. They haven't bothered to update the laws since then because there's no reason to. (It's also a misunderstanding of Roe to assume that it didn't have this paternalistic bent; Roe was written with the assumption that doctors would naturally inquire into the reasons and make judgements based on the woman's answers.) Women don't get turned down for abortions is why. Think about it: Even if you had one of those mythical "bad" reasons for an abortion, such as not wanting to gain weight, doesn't that suggest strongly that you're not a good candidate for motherhood and its responsibilities right now?

In practice, the abortion experience is the same whether you go to a doctor here or in one of the "paternalistic" European countries: You make an appointment, talk it over with a counselor, explain your reasons so they know that you're really sure, and you get the procedure. Trying to make hay over the fact that this procedure is in writing over there but just understood over here is silly. But the big difference is that access to abortion is much better for most Western Europeans, like the Finns. Having coverage for it automatically matters way more than a law formalizing the process of telling your doctor why you're getting an abortion. Being able to get it in a hospital without having to worry if there's an abortion clinic within traveling distance is also a big deal.

There's really no way around it: The more actual respect and support you give to mothers, the more you tend to respect the right of women to decide for themselves when and how they enter into motherhood. While a lot of anti-choicers screamed bloody murder because I said I don't want to be a mother, I would argue that my attitude demonstrates exponentially more respect for motherhood than that of people who think that I should be a mother because I was born female and that's my duty/fate. I don't think just any old asshole can do it. I think it requires skill and commitment, and I know that I am not interested in developing either the skills or the commitment to do the task of parenting to the extent it needs to be done. It's people who think that anyone should be able to drop what they're doing to be a mother at any point in time who don't respect mothers. And I think that this cultural divide between our country, where reproductive rights are sorely contested and mothers get little support, and countries like Finland, that invest in women's rights and in children, shows how true this is.