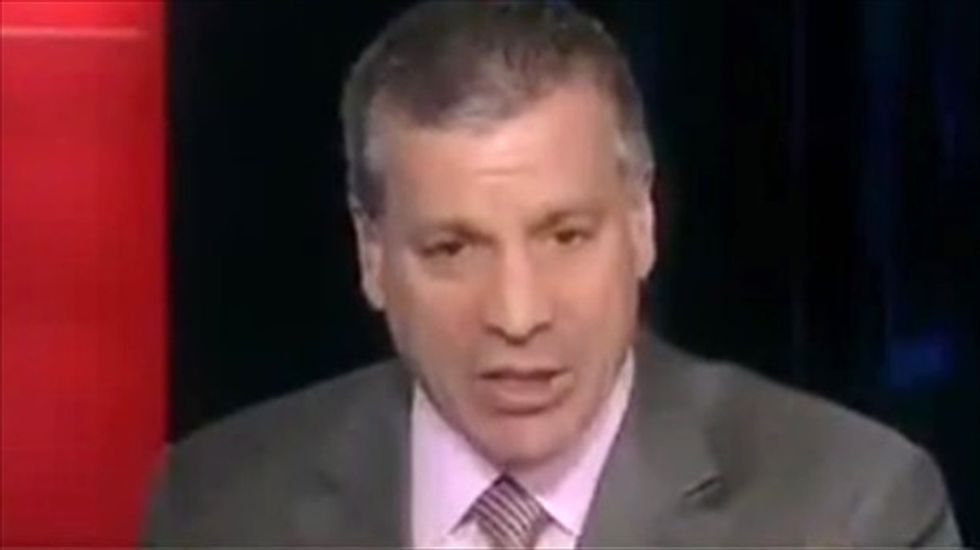 Fox Business contributor Charlie Gasparino blamed Russian President Vladimir Putin for the crash of a Malaysian Airlines plane on Thursday, which prompted an argument between himself and Wall Street Journal reporter Simon Constable.

"You're so godd*mn dumb," Gasparino told Constable. "I can't believe I'm hearing this. I'm sorry, but think about it: You have one of the most aggressive nations on earth invading another country and we’re supposed to say that it's maybe someone else's fault he has his troops in there?"

As Agence France-Presse reported, a Ukrainian rebel commander's comments online suggest that Flight MH17 was shot down by pro-Russian forces who thought the plane was actually a Ukrainian military transport.

But Constable insisted during the segment that Gasparino wait for confirmation of the cause before assigning blame.

"You're willing to give a dictator the benefit of the doubt?" Gasparino shot back, a reference to Russian President Vladimir Putin.

"Well, I'm not here to start a third world war like you are," Constable said.

As host Melissa Francis attempted to defuse the argument, panelist Tom Sullivan tried to shift the focus toward President Barack Obama for only briefly addressing the incident in the immediate aftermath.

Francis then offered her thoughts for the families of the flight's passengers, alluding to something feeling "incredibly inappropriate" for them before Gasparino cut in again.

"You know why?" Gasparino said. "Because he doesn't want to start World War III, according to Simon."

Watch the discussion, as aired on Fox Business on Thursday, below.