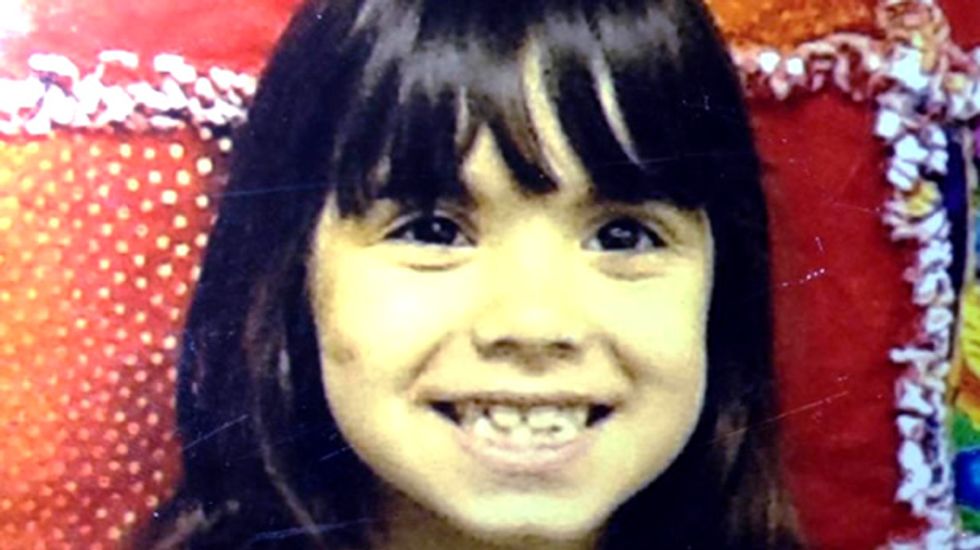 The girl went missing last Saturday night, but was not reported until Sunday morning, as it was not unusual for her to wander around the Steele Creek mobile home park with friends and extended family.

Phyllis Tindall, a neighbor, said that although the mobile home park is safe, she "wouldn't let my six year run around by herself and [Jenise] has been doing it since she was 3-years-old." Tindall noted that she once found a 4-year-old Jenise standing in the yard wearing nothing but a man's shirt early in the morning.

"If someone pulled up with a chocolate or a puppy, she would come over to them and she would probably get in the car," said Tindall. "She is just such an outgoing girl, she would go with anyone."

The victim's father, James Wright, was initially a suspect, as he had been charged with molesting an 8-year-old girl and a 14-year-old girl in 2001. He was sentenced to a year in jail, but the judge suspended the sentence and placed him on probation for a year instead. Kitsap County Sheriff's Deputy Scott Wilson said that the father was ruled out as a person of interest early last week.

Her body was discovered behind the mobile home park on Thursday, and police began taking DNA samples from residents in order to rule out potential suspects. The suspect in custody -- whose name will not be released because he is a minor -- was one of those swabbed for a DNA sample late last week.

The police have not yet released a cause of death.

Watch video about her disappearance via NBC News below.