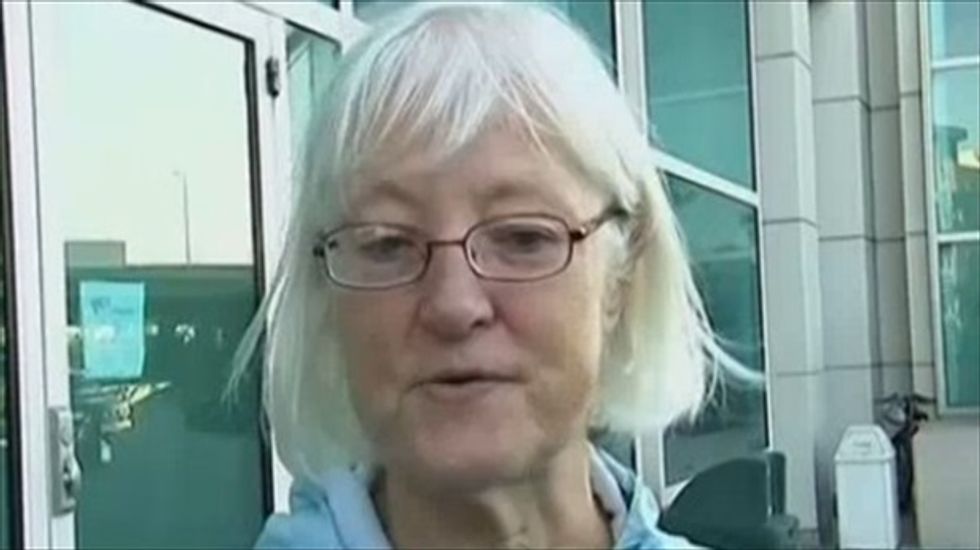 (Reuters) - A serial airplane stowaway recently released from jail in California was arrested in Arizona on Tuesday on charges of criminal trespass for lingering at the Phoenix airport without a ticket, police said.

Marilyn Hartman, 62, was arrested at Sky Harbor Airport after she was recognized by employees while wandering in the baggage claim area, said Phoenix Police Sergeant Trent Crump. She had previously been seen lingering at the airport on Aug. 14 and given a warning, he said.

"Hartman is being booked this afternoon for criminal trespassing and officers are requesting a mental health evaluation," police said in a statement.

Her arrest in Arizona comes less than two weeks after she was released from a Los Angeles County jail after serving just three days of a 177-day sentence for violating her probation by wandering around Los Angeles International Airport without an airline ticket.

The probation sentence stemmed from Hartman's no contest plea to a misdemeanor stowaway charge after she successfully boarded a Southwest Airlines flight from San Jose to Los Angeles earlier in August without a ticket.

Her evasion of security in San Jose followed the high-profile journey of a 15-year-old Somali immigrant boy who scaled a fence at the airport, climbed into a plane wheel well and managed to survive a flight to Hawaii.

(Reporting by Victoria Cavaliere in Seattle; Editing by Cynthia Johnston and Sandra Maler)