8-year-old endured horrific abuse before mom and boyfriend beat him to death: witnesses 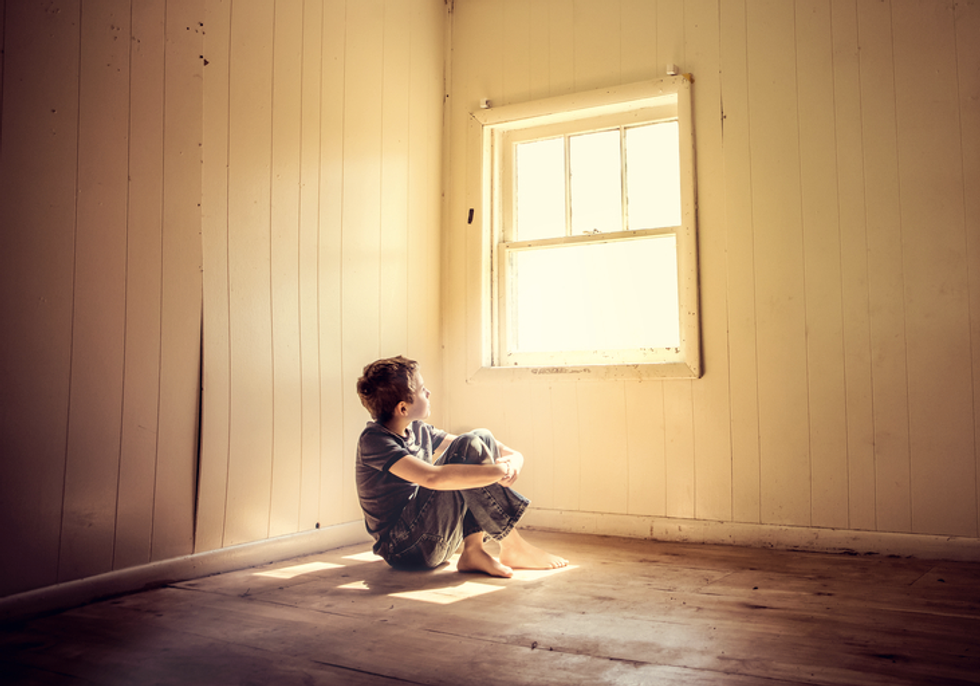 An 8-year-old Antelope Valley, California boy was viciously abused by his mother and her partner until the two allegedly beat the boy to death, according to court records of testimony in a Los Angeles County grand jury trial.

The Los Angeles Times reported that Gabriel Fernandez suffered innumerable forms of abuse before his death in May of 2013.

Sworn testimony revealed that he was forced to eat rotten food, feces and his own vomit. He was repeatedly locked in a tiny cabinet with a sock shoved into his mouth to muffle his screams.

According to the Times, the 800-plus pages of heartbreaking testimony in the case reveal exactly how the Los Angeles County foster-care system fails to protect children in spite of repeated reports of abuse and neglect.

Two social workers and two supervisors in the L.A. County foster-care system have been fired, but critics of the struggling agency say that its problems do not lie in just a few bad workers, but that its issues are pervasive and systemic.

On May 22, 2013, Gabriel's mother Pearl Fernandez called 911 to say that her son wasn't breathing. When paramedics arrived on the scene, she told them that Gabriel had fallen and hit his head on a dresser.

"It was just like every inch of this child had been abused," Cermak told the grand jury.

The Times said the two are both currently in custody and awaiting trial on charges of "capital murder and a special circumstance of torture." Both have pleaded not guilty.

Gabriel's two siblings, both minor children, testified that the abuse of their brother became more and more intense in the months leading up to his death. They contended that he was force-fed rotten food, and that if he vomited it up, he was forced to eat it again. Aguirre and the boy's mother fed him cat feces and humiliated him by making him wear girls' clothes to school.

Gabriel was beaten with coat hangers, a belt buckle, a wooden club and a baseball bat. Pearl Hernandez used the bat to knock out several of the boy's teeth.

He was pepper sprayed, shot with a B.B. gun and forced into a tiny cabinet for hours at a time.

The medical examiner who performed Gabriel's autopsy, James Kemp Ribe, said, "I have never seen this many skin injuries on one child."

The boy was removed at birth in 2005 from his mother's custody and sent to live with relatives. He spent the first seven years of his life with his grandparents, but his mother claimed him and his siblings in October of 2005.

Within two weeks of joining his mother's home, teachers at Gabriel's school contacted child welfare authorities saying that he came to school showing signs of abuse like black eyes, burns and cuts. He showed teachers that he knew how to snort cocaine and told them that his mother hit him with a belt buckle and made him bleed.

Deputies and social workers visited the apartment on multiple occasions investigating reports of abuse or that Gabriel was suicidal. Each time they came away confident that the boy was safe in the home.

Gabriel's 13-year-old brother testified that their mother told the children to lie to social workers or else face the same brutal treatment as their younger brother.

"I thought she was going to do the same things to me," he testified.

On the day of his brother's death, he said, his mother and Aguirre became angry with Gabriel for not picking up his toys. They began to beat the boy and dragged him into a bedroom, but then all of the banging and screaming suddenly stopped.

"It just went quiet," he said. Gabriel was unconscious when paramedics arrived. His skull was cracked, three of his ribs were broken and there were B.B.s lodged in his lungs and groin.

He died in the hospital two days later. The official cause of death was ruled to be blunt force trauma and child neglect.

When investigators visited the apartment after the death, they found blood-spattered floors and walls, B.B. holes and a club smeared with the child's blood.

Prosecutors convened the grand jury after weeks of delays on a preliminary hearing for Pearl Hernandez and Aguirre. An indictment was handed down on July 28.

[image of boy alone in an empty room via Shutterstock.com]