A proposal to end the "misandry" wars 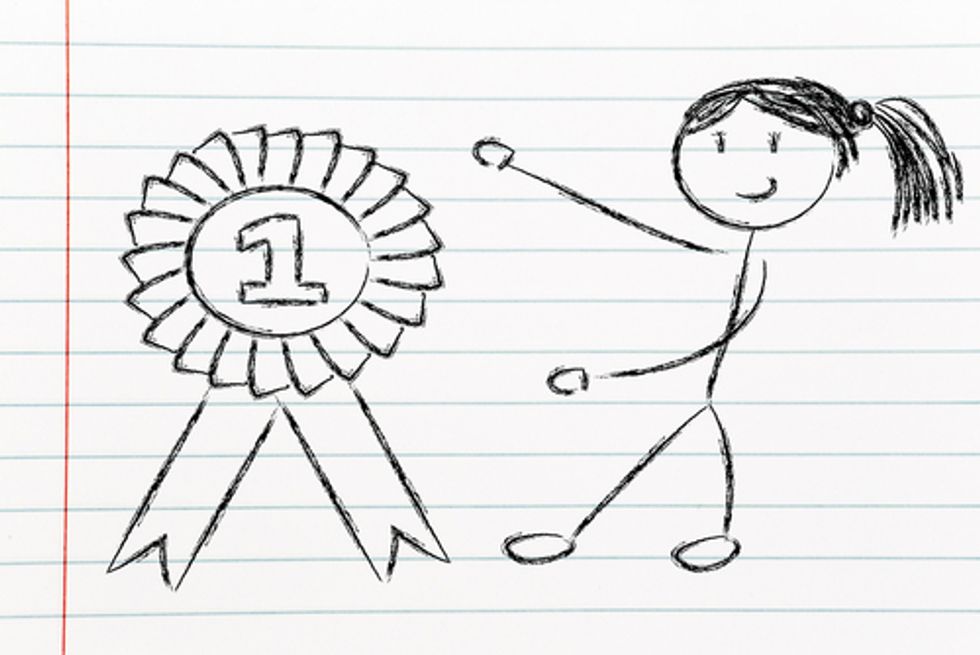 Oof, saw this one coming: Sarah Begley of Time is pushing back against all the hilarious "misandry" jokes that feminists online have been making recently in an attempt to inject some comic relief in the endless tide of false accusations that feminists are out to get men. "What feminists really hate is the patriarchy—the web of institutions that systemically oppress women. And to tear it down, we need as many allies as we can get. Telling half the population that we hate them, even in jest, is not the way to do that," Begley argues.

Dayna Evans of Jezebel defends feminists' right to self-defense through humor: "Do women lose allies by alienating the men who aren't in on the wink-wink joke? Maybe. Are those men worth losing? Probably."

I can see that this debate will probably go around and around in circles, so I would like to offer a nice, simple solution. So simple, I'm actually surprised no one has thought of it yet. And while I'm hesitant to speak on the behalf of all feminists, I think this proposal is so simple that everyone will sign on immediately. So here it is:

Feminists will agree to quit it with the misandry jokes if anti-feminists cease making scurrilous accusations that feminists are motivated by man hatred.

Really, as a compromise, it's more than fair. Feminists are actually sacrificing more in this compromise! After all, all anti-feminists have to do is promise not to tell lies, something they should have been doing already. Feminists, in exchange, will give up an amusing source of gifs.

Anti-feminists don't like these gifs? Simple: Stop pretending that one has to hate men in order to believe that men should not be unfairly privileged over women. Then they will go away.

Indeed, that this even has to be discussed shows how misogyny is a real thing and misandry simply is not. We should be having a public debate about whether or not it's acceptable for conservatives to routinely lie about feminists rather than argue with them directly. Instead, we're having a very silly debate about whether or not it's acceptable to make fun of the kind of people who are idiotic enough to think men are oppressed if they meet any resistance for oppressing women.

A short list of some of the lies that would have to be discontinued in order to make this peace accord work (though please share some more in comments---the lies anti-feminists tell about feminists are many in number!):

I realize that not being able to lie about feminist motivations puts anti-feminists into a miserable situation of having to come out with their own real arguments in favor of a status quo where women are routinely disadvantaged. Being able to attack straw feminists and demonize unfairly helps prevent people from actually listening to feminists. Anti-feminists understandably worry  feminists are very persuasive. People do like fairness, after all. Those who stand for the unfair status quo may feel that being able to lie levels the playing field a bit: Feminists have better arguments and in exchange, anti-feminists get to lie and distort to handicap their chances.

But, you know, that doesn't change the fact that lying is wrong. Feminists can't stop anti-feminists from persisting with the scurrilous, untrue accusations of man-hating, of course. But we can make fun of you with "misandry" jokes. But if the misandry jokes really are hurting people's feelings, well, the solution is obvious: Stop making false accusations of misandry, and the misandry jokes will dry right the fuck up. I give you my solemn word on this as a feminist.

(Ironically, this treaty wouldn't even require giving up all bad faith arguments anti-feminists come up with, such as saying "religious freedom" requires not allowing someone else to use her own damn insurance on contraception or that you believe abortion is "murder", though of course, not enough not to enthusiastically support men who benefit from "murder". Just the false accusation of misandry is on the table.)

I invite other feminists in comments to let everyone know if they'd be cool with a peace treaty where we quit with the misandry jokes in exchange for anti-feminists agreeing to quit with the false accusations of misandry.