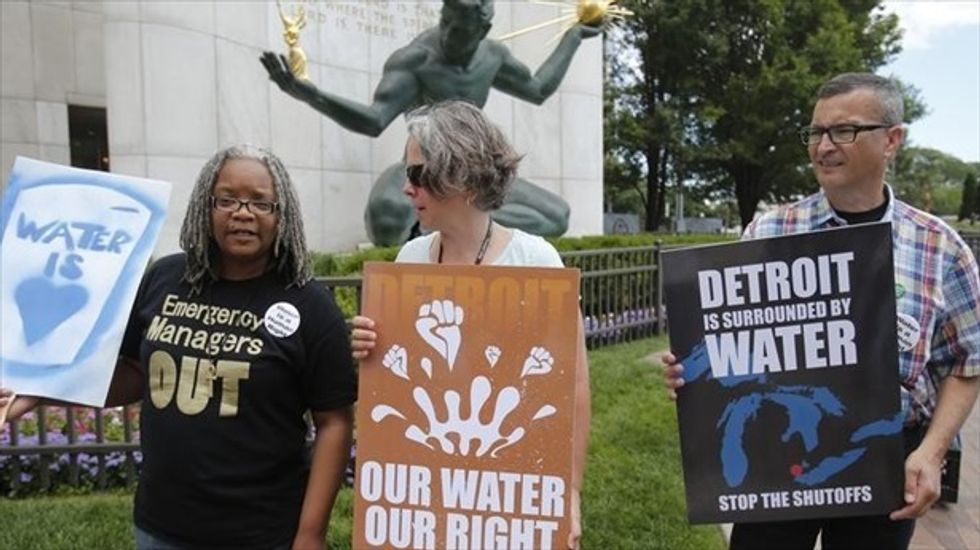 The bankrupt city's water authority attracted unwanted international attention earlier this summer when it launched an aggressive effort to cut service to customers who were months behind or owed thousands of dollars.

The campaign, intended to deal with a $90 million backlog in unpaid bills, prompted accusations that it was unfair to the poor.

During the moratorium, the Detroit Water and Sewerage Department was returned to city control after nearly a year of oversight under the state-appointed emergency financial manager.

The city then implemented an additional payment plan that allowed customers to pay at least 10 percent of a delinquent bill and spread the remaining balance over two years. More than 25,000 customers are enrolled in at least one of the authority's payment plans, up from 17,000 when the moratorium began, the water department said in a statement.

"The goal of the shutoff moratorium was always to give as many city residents as possible a chance to get current with their water bill," Mayor Mike Duggan said in a statement.

A city "water fair" on Saturday to help people avoid shutoffs by enrolling in a payment plan drew more than 1,300 people, according to the department.

Water department spokesman Gregory Eno told Reuters he did not have an estimate on how many water customers are at risk of shutoff.

Outside initiatives also have aided needy customers, including a website that allows anonymous donors to pay past-due bills. One of the site's creators tweeted that the campaign has raised more than $100,000 so far.

The department shut off water to 7,210 customers for non-payment in June, and restored service for 3,118 customers, according to a July compliance report. The department also found 205 illegal water hook-ups.

[Image: (L-R) Detroit water activists Tawana Petty, Priscilla Dziubek and Lou Novak stand outside City Hall to protest against the increase in water shutoffs for residential customers with unpaid bills during a rally in Detroit, Michigan on July 24, 2014. By Rebecca Cook for Reuters]