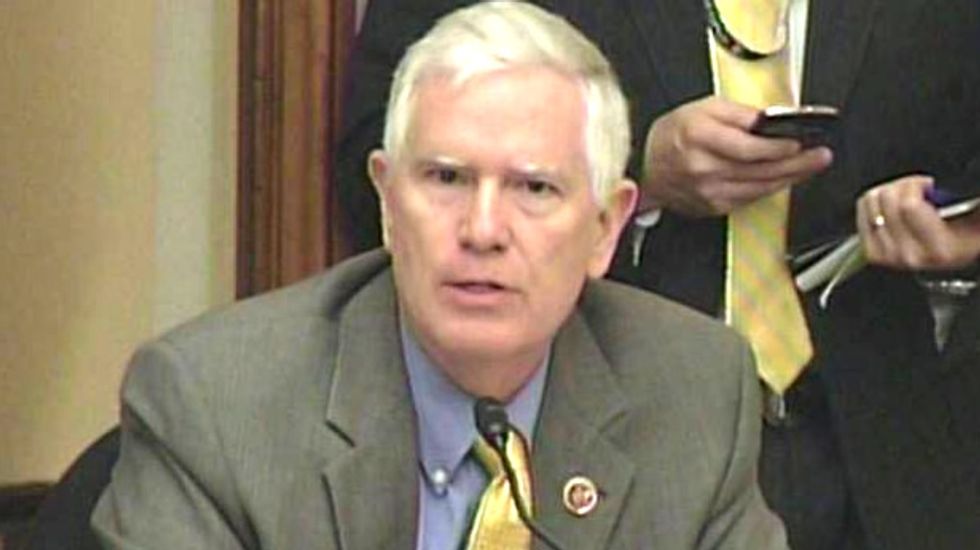 Ingraham brought up an interview with National Journal's Ron Fournier, in which he told Fox News' Chris Wallace that the behavior of the so-called "Deportation Caucus" has made it "impossible for your party, the Republican party, to be the party of the future, because it's seen as the party of white people."

Rep. Brooks replied by saying that "this is a part of the war on white people that’s being launched by the Democratic Party. And the way in which they’re launching this war is by claiming that whites hate everybody else."

"It's part of the strategy that Barack Obama implemented in 2008, continued in 2012," he added, "where he divides us all on race, on sex, greed, envy, class warfare, all those kinds of things. Well that’s not true -- if you look at polling data, every demographic in America agrees with the rule of law, and forcefully securing our borders. And every one of them understands that illegal immigration hurts every single demographic group."

Rep. Brooks then attempted to appeal to the conservative belief that they are rational and logical, whereas Democrats are emotional. "Democrats, they have to demagogue on this and try and turn it into a racial issue, which is an emotional issue, rather than a thoughtful issue," he said. "If it becomes a thoughtful issue, then we win and we win big. And they lose and they lose big."

Ingraham agreed, then ended the interview by thanking Rep. Brooks for his candor.