American aid workers infected with Ebola will be treated in Atlanta 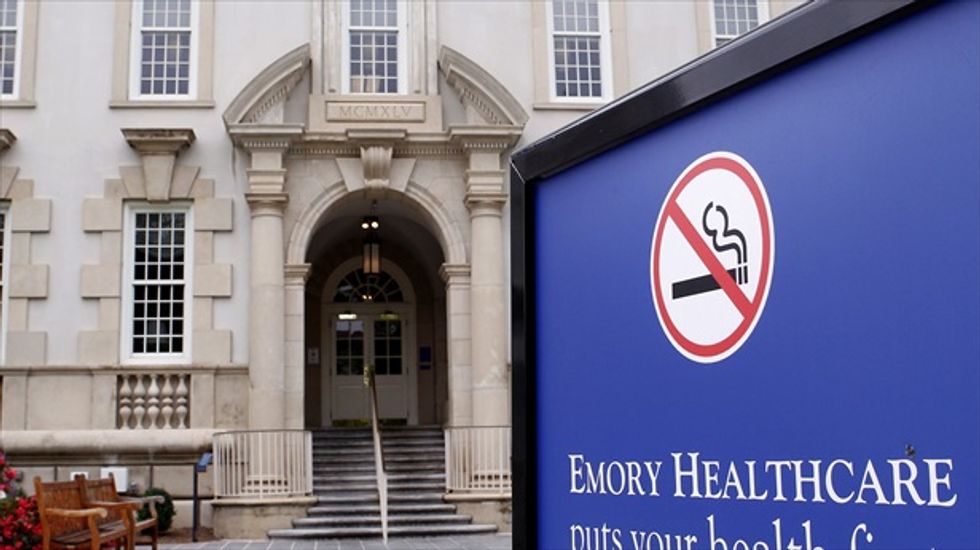 ATLANTA (Reuters) - Two American aid workers, both seriously ill after being infected with the deadly Ebola virus in Liberia, will be flown to the United States and treated in isolation at an Atlanta hospital, officials said on Friday.

A plane equipped to transport Dr. Kent Brantly and missionary Nancy Writebol can carry only one patient back at a time, and Christian relief group Samaritan's Purse said it did not know who would return first.

Both medical evacuations are due to be completed by early next week, said North Carolina-based Samaritan's Purse, as officials said bringing the stricken aid workers to the United States would not put the American public at risk.

The two will be treated at Emory University Hospital primarily by a team of four infectious disease physicians. They will be able to see loved ones through a plate glass window and speak to those outside their rooms by phone or intercom.

The patients are aid workers from Samaritan's Purse and missionary group SIM USA who were helping respond to a West Africa Ebola outbreak that is the worst on record. More than 700 people have died from the disease since February.

A plane dispatched to Liberia to bring them back one at a time has landed in the West African nation, and the two aid workers were said to be stable enough for transport, an Emory University Hospital epidemiologist said.

The facility at Emory, set up with the U.S. Centers for Disease Control and Prevention and one of only four in the country, is physically separate from other patient areas and provides a high level of clinical isolation.

“We have a specially designed unit, which is highly contained. We have highly trained personnel who know how to safely enter the room of a patient who requires this form of isolation," Bruce Ribner, an infectious disease specialist at Emory, told a news conference.

Doctors will try to maintain blood pressure and support their breathing, with a respirator if needed, or provide dialysis if they experience kidney failure, as some Ebola patients do, Ribner said.

"But basically we depend on the body’s defense system to control the virus. We just have to keep the patient alive long enough in order for the body to control this infection,” he said.

Brantly, a 33-year-old father of two young children, and Writebol, a 59-year-old mother of two, will each arrive at Dobbins Air Reserve Base outside Atlanta before being transported to Emory, officials at the Pentagon and the hospital said.

ABC News reported that the first of the two patients would arrive on Saturday, although Reuters could not immediately confirm that.

Ribner said he hoped the medical support available at Emory could improve the chances of survival from that seen on the ground in West Africa. The hemorrhagic virus can kill up to 90 percent of those infected, and the fatality rate in the current epidemic is about 60 percent.

“We have to be very sensitive to the fact that that’s occurring in a healthcare system which does not function at the same level as our healthcare functions," Ribner said.

Dr. Thomas Frieden, director of the CDC, said the federal agency would help ensure there is no risk of the virus spreading as the workers are transported, and emphasized Ebola was not transmissible through casual contact. He also expressed hope to CNN that "irrational fears do not trump our compassion.”

Yet even as officials tried to reassure the public, some on Twitter greeted the news that American Ebola patients would return to the United States with alarm.

"Stop the EBOLA patients from entering the U.S. Treat them, at the highest level, over there. THE UNITED STATES HAS ENOUGH PROBLEMS!" billionaire businessman Donald Trump tweeted.

President Barack Obama said the United States was "taking the appropriate precautions" and that some participants at an Africa summit next week in Washington would be screened for exposure to the virus.

Samaritan's Purse and SIM said they were sending 60 healthy U.S. staff and family members home from Liberia by this weekend.

People I'm close to have COVID. I tested negative, but have symptoms. Could the test be wrong?

I'm freaking out about possibly coming down with COVID, despite being vaccinated and boosted. I work as a nanny to two young children. Over the weekend, one of the kids came down with standard cold symptoms; so I was not surprised when I got a mild runny nose on Monday, which alone would not be a reason for concern.