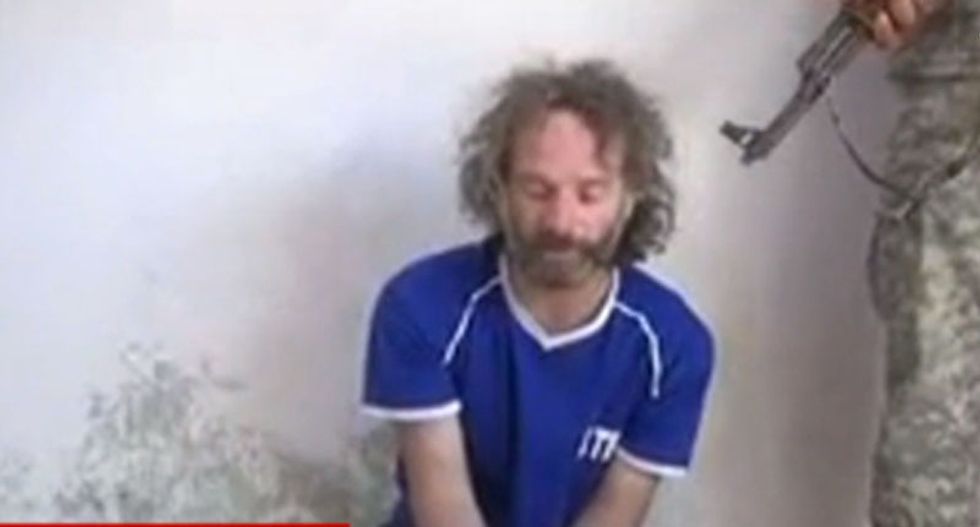 A young American who had been held hostage for two years by an Islamic rebel group in Syria was released Sunday to UN peacekeepers in the Golan Heights, US and UN officials said.

"Finally he is returning home," US Secretary of State John Kerry said in a statement, confirming the release of Theo Curtis, an American researcher whose disappearance in Syria had not been previously reported.

Curtis was handed over to UN peacekeepers in the village of Al Rafid, Quneitra in the Golan Heights and after undergoing a medical checkup was turned over to US representatives, the United Nations said.

The news of his release came less than a week after a video surfaced showing the slaying of captive US journalist James Foley at the hands of an Islamic State militant.

"Particularly after a week marked by unspeakable tragedy, we are all relieved and grateful knowing that Theo Curtis is coming home after so much time held in the clutches of Jabhat Al-Nusrah," Kerry said referring to the Al-Nusra Front, another Islamic rebel group operating in Syria.

Kerry said the United States had reached out to more than two dozen countries for help in securing Curtis' release, and that of any other American held hostage in Syria.

Kerry's statement said Curtis' mother was from Massachusetts and had "worked indefatigably to keep hope alive that this day could be a reality."

US National Security Adviser Susan Rice said she expected Curtis to be reunited with his family shortly.

"Just as we celebrate Theo's freedom, we hold in our thoughts and prayers the Americans who remain in captivity in Syria," she said.

She recalled Foley's killing, which she said "shocked the conscience of the world," and said the United States "will continue to use all of the tools at our disposal to see that the remaining American hostages are freed."