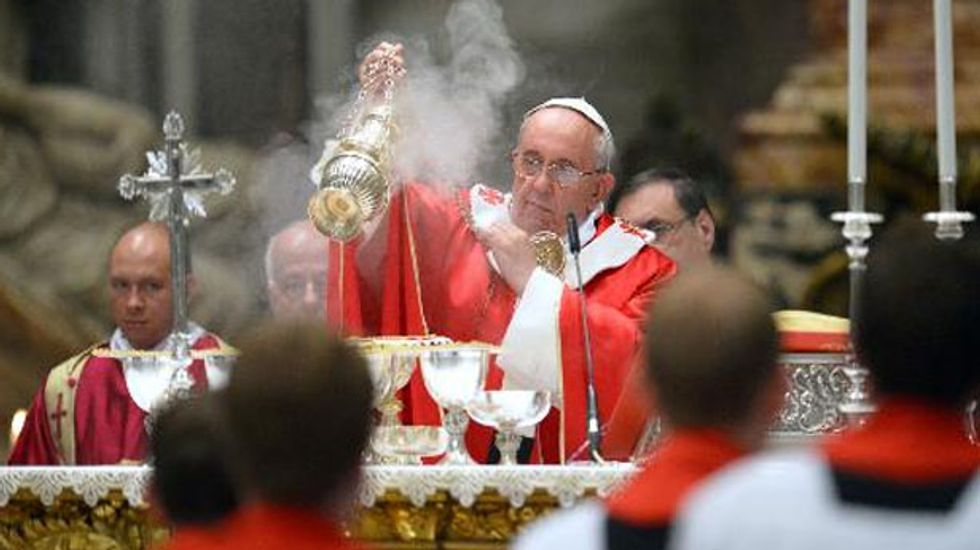 Protesting relatives of victims of South Korea's ferry disaster vowed Tuesday to "fight back" if any attempt is made to clear them from a ceremonial plaza in Seoul where Pope Francis will hold a mass next week.

A number of family members and their supporters have been camped out for three weeks in Gwanghwamun Square, on which up to one million Korean Catholics are expected to converge on August 16 for a huge, open-air mass by the visiting pope.

"We will never remove our tents here until our demands are met," Park Yong-Woo, a family member and spokesman for the protesters, told reporters.

If the police try to expel them, the protesters will "resist and fight back," Park said, while adding that discussions were being held with the Catholic Church about their presence in the plaza.

The situation is an extremely sensitive one for the South Korean authorities.

The first visit by a pope for 25 years is a major event, but the government will be extremely wary of public sensibilities in handling the ferry disaster families.

The relatives and their supporters are demanding that parliament pass legislation allowing a full, independent inquiry into the April 16 tragedy that claimed around 300 lives.

The bill is currently stuck in the National Assembly, with ruling and opposition parties deadlocked over what legal powers any inquiry should be given.

Park said the protesters had sent a letter to Pope Francis, urging his understanding.

"Holy Father, please cry with us here together... Please pray for us and protect us from being swept off the square in the name of preparing your mass," the letter read.

Around 30,000 police are expected to be deployed for the August 16 event, which is the religious centrepiece of Francis' four-day visit.

The 6,825-tonne Sewol ferry sank off the country's southwest coast with 476 people on board.

Of the total passengers, 325 were teenaged students from the same Danwon High School in Ansan. Only 75 of the students escaped alive.

Fifteen Sewol crew members are currently on trial, including the captain and three senior officers who are accused of "homicide through wilful negligence" -- a charge that can carry the death penalty.

The bulk of the charges arise from the fact that they chose to abandon the ferry while hundreds of people were still trapped inside.

President Park Geun-Hye and her administration have been bitterly criticised for their response to the disaster, which stunned the entire country.