Answering questions asked of feminists by a misogynist 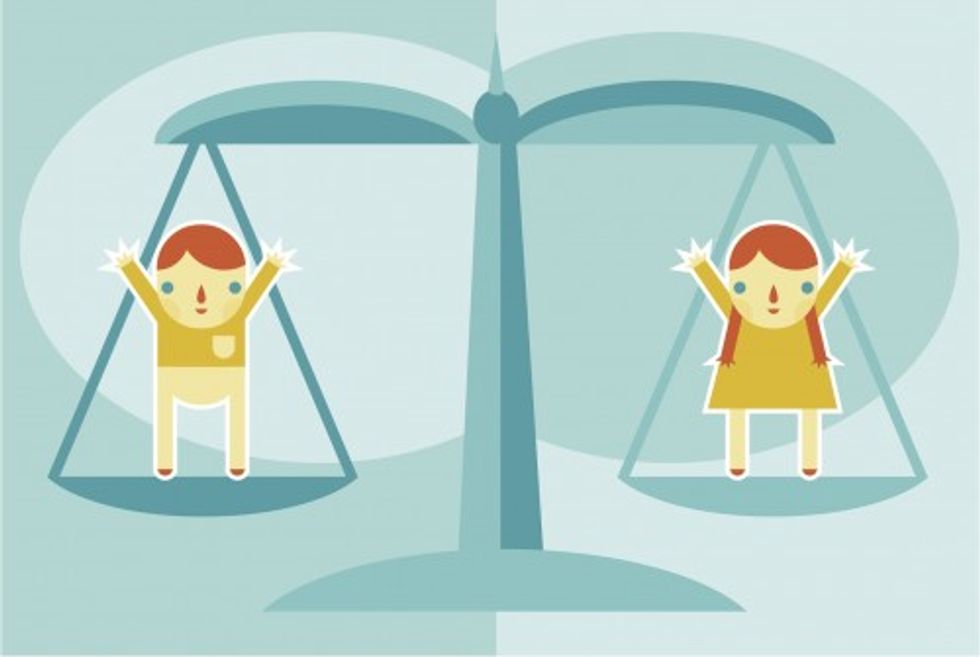 So cute and yet so threatening.

Damn you, PZ Myers, for exposing me to some squawking lady-hater who has "questions" for feminists that were aimed at Aron Ra, questions he clearly believes feminists are too scared to answer. The truth is they are too good to dialogue with people who ask fake questions in bad faith in the classic concern troll style, of course, but just to show we're not afraid, I'll take the bait. Also, I can just answer them here, since Aron Ra graciously typed them out, I can just answer them without having to do any of the gross work trying to "dialogue" with someone who isn't actually interested in the answers. So this is mostly for your amusement, folks. Hope you enjoy.

1. Who is the current leader of the feminist movement?

Your mom. Oh shit, I'm sorry, I read the question as the "current leader in the giving-birth-to-fart-knockers" movement. Very different movement!

Um, there is no leader of the feminist movement. Aron Ra said Gloria Steinem used to be, but that is false because there has never been a Dear Leader of feminism. As hard as it may be for misogynists to believe that women can't do anything unless we're firmly guided by the hand of a dictator who does our thinking for us, women  are fully capable of and believe me, eager to exchange ideas and argue and figure things out for ourselves. Always have been. That's one of the reasons we think the long-standing belief that women are objects to be controlled by men instead of full people with full human rights is bullshit.

2. Where can I go to find an official detailed list of the goals of feminism?

Sorry guys! He just makes it too easy.

Naturally, as a leaderless movement, it's going to be difficult to say there's a definitive list. That said, I have seen full consensus in feminist land that this TED Talk by Chimamanda Ngozi Adichie about feminism, the one that is sampled in Beyoncé's song "***Flawless", is dead on. I'm sure someone will dissent, but by and large, we dig it. Of course, I imagine that it will piss off the guy who wrote this list, because she speaks with such warmth and common sense, and he'd prefer to think of feminists as cold-hearted harpies out to steal his balls.

3. What is the difference between a feminist and an egalitarian?

In theory, nothing. In practice, people who say they are egalitarian but not feminist are people who believe in the equality of all people, but quietly don't include women in the category "people". (Though, to be fair, I find they're usually racist, too, and if you push them hard enough, they tend to have a very narrow definition of "people" that usually only covers people that look like them.) They do this because they find it convenient to relegate women to a servant class and good for their ego to assume that they are better than half the human race simply because nature flipped a coin and they came up "male".

If you're confused, I recommend judging people on their actions, not their words. This is a helpful rule not just in politics, but life.

5. What have you actively done in the name of feminism?

Besides arguing with misogynists in public so as to help convince the world what enormous douchebags they are (even perhaps in cases where it should be self-evident)? A lot, actually. I mean, people contribute in different ways, some doing much more on-the-ground activism than I do. But I write. And write. And write. And sometimes speak. And podcast a lot. Not all of it is about feminism, but a lot is. Promoting feminist ideas is an important role, and it helps people with political power make decisions that benefit women and promote their equality.

6. Does feminism benefit men? If so give one such example.

You know, I could make a long list of the ways---PZ does this---but I decided instead to answer this question with a gif:

Feminism does not have to benefit men to be valid. If women are human beings, then fighting for women to be treated fairly and with dignity is enough. Only someone who believes women are put on earth to serve men would think that feminism is invalid unless it serves men. If someone is telling you to take your boot off their neck and you say, "What's in it for me?" you are not just a dick, you are a cartoon villain. George Lucas might hesitate before putting you in a children's movie, you are such a one-note wanker.

The fact of the matter is that many men are threatened by feminism because feminism does present a threat to their unearned privilege. If you need to feel superior to half of humans based on a coin flip because you don't have anything genuinely good about yourself to be proud of, I believe that feminism is totally a threat to you. If you enjoy having to work less hard for more goodies, well yeah, feminism is a threat to you. If you want women to be submissive and treat you with respect your sorry ass does not deserve, a movement that tells them they don't have to do that is going to be scary.

Put another way: Imagine someone serves a piece of pie to two people. One person says, "I am going to eat 90 percent of this pie because I want to." The other person says, "Fuck no you won't. We're sharing this, as that's only fair." In one sense, the person demanding 90 percent is going to feel threatened, since, after all, they wanted 90 percent. But that sense of feeling threatened demonstrates that this person is made of nothing but grade A asshole. If you need a more intellectualized discourse about fairness, read Rawls, but most of us grasp that fairness is a just goal intrinsically.

7. How come I am nowhere to be found when bad feminists are giving feminism a bad name?

Of course, he believes, as someone opposed to feminism, he decides who is a "good" feminist and a "bad" feminist. I suspect "bad" feminists are the ones who are effective at promoting the idea that men and women are equal. Or maybe he means this:

To which I say, carry on, sister. Carry on.