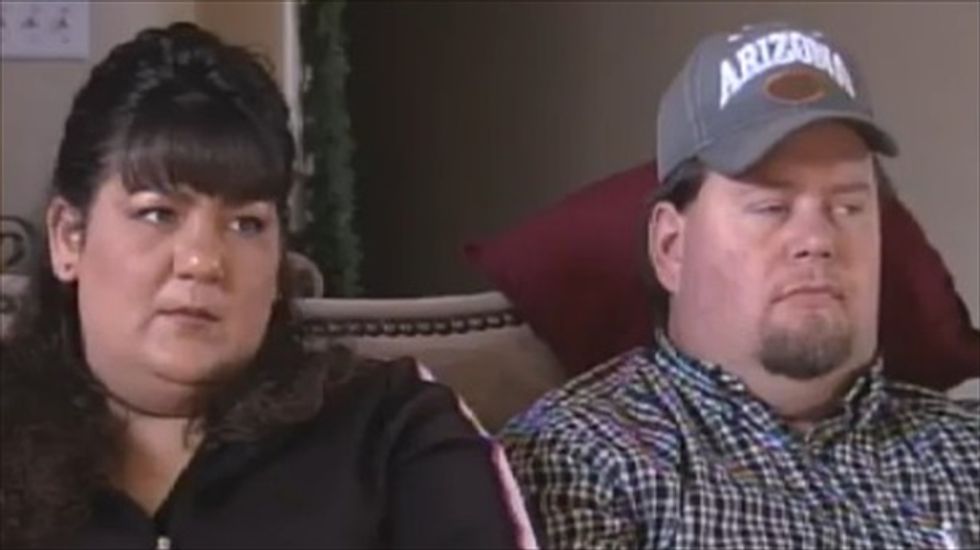 SALT LAKE CITY (Reuters) - A couple who successfully sued a pair of polygamous church-run towns on the Utah-Arizona border for religious discrimination has settled the lawsuit out of court, an attorney for the towns said on Wednesday.

Ron and Jinjer Cooke (pictured above) sued Hildale in Utah and Colorado City, Arizona, in 2010, claiming they were unfairly denied access to clean water and other utilities because they were not members of the Warren Jeffs-led Fundamentalist Church of Jesus Christ of Latter Day Saints (FLDS).

The twin towns are home to the majority of the followers of the incarcerated Jeffs, and FLDS members control most aspects of city government. A jury sided with the Cookes in March, awarding them a $5.2 million judgment.

On Tuesday, a federal judge in Phoenix dismissed all pending claims between the parties, said Jeff Matura, an attorney who represents Colorado City.

The financial terms of the settlement were not disclosed and Matura said he could not discuss the details.

"The cities are happy to have resolved any pending issues with the Cookes and we wish them well," Matura told Reuters. "We hope everybody kind of moves forward."

The cities have provided the Cookes with utility services, Matura said. A telephone message left for the Cookes' attorney was not immediately returned.

The only remaining issue in the case is whether a judge will grant a request from Arizona's attorney general to dismantle the Colorado City Town Marshal's Office, which polices the towns' combined 7,000 residents.

Attorney General Thomas Horne's request was included in a settlement proposal in the case.

He contends police in the towns place directives from Jeffs and other church leaders before state and federal law, including failing to provide adequate protections and services to non-FLDS families such as the Cookes.

Horne wants police services transferred to sheriff's offices on either side of the Utah-Arizona border, or alternatively that the judge place the Colorado City department under a receiver's supervision for at least 10 years. Utah supports the proposal, but the towns are fighting it.

Jeffs, 58, is serving life plus 20 years in Texas after being convicted in 2011 of sexual assault charges related to his marriages with underage sect girls. Despite being imprisoned, he remains the head of the FLDS church.