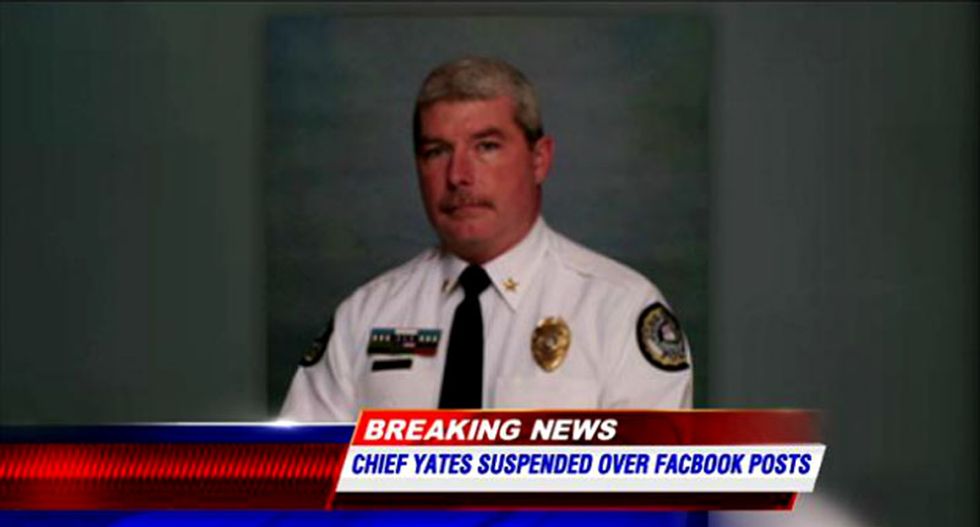 LITTLE ROCK Ark. (Reuters) - The chief of the Jonesboro, Arkansas police resigned on Monday, three days after being suspended by the mayor for making derogatory comments on Facebook about a local news reporter he called "smelly" and a backer of marijuana smoking.

Mike Yates, chief of police in Jonesboro, about 135 miles (220 kms) northeast of Little Rock, said he was stepping down to take responsibility for his mistakes.

"I let my anger and pride override my wisdom and judgment by saying a number of things that are unacceptable given my position," he said in a resignation letter.

The reporter, Sunshine Crump, who resigned from the Jonesboro Sun last week after complaining she no longer felt safe, will rejoin the newspaper, its editor said.

Angered by stories written by Crump, Yates posted comments suggesting she had an arrest record and had been suspended from the practice of law. His Facebook postings described Crump as "pro-dope smoking," a "left-wing liberal" and "smelly."

Crump countered that her only arrest was for an anti-war protest while a college student, and that her attorney's license fell inactive because she discontinued her law practice.

Sun publisher David Mosesso said Crump would return and be assigned to a beat other than law enforcement.

"You're never happy about someone losing their job but I really couldn't see him returning in his role as police chief," Mosesso said of Yates. "I think he'd lost the respect of the citizens of Jonesboro."

A phone message requesting comment from Yates was not returned. Crump was not immediately available for comment.