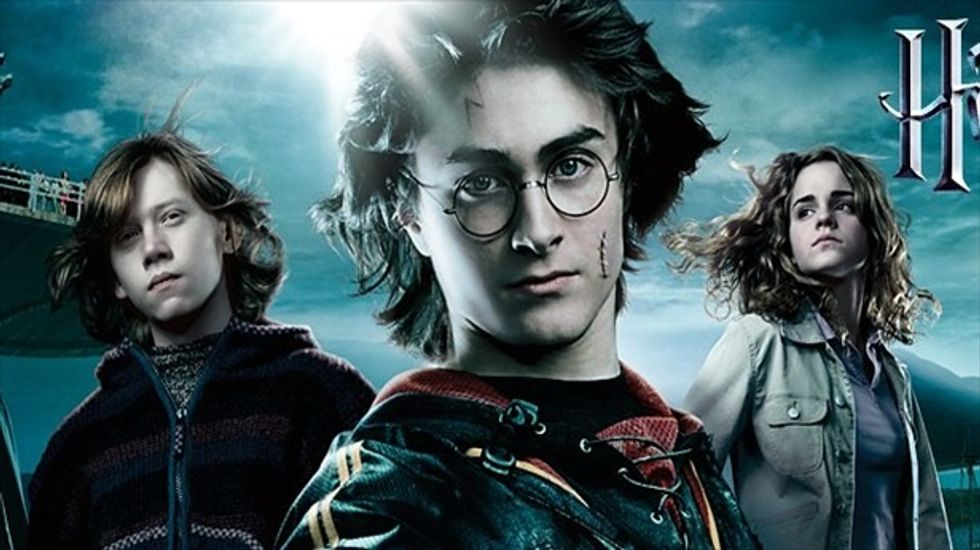 Poster for 'Harry Potter and the Goblet of Fire' (Facebook)

The invocation before last night's meeting of the Sioux Falls, South Dakota City Council was not only made by an atheist, but by an atheist who quoted from her own "good book" -- Harry Potter and the Goblet of Fire.

In May, Mayor Mike Huether approved the request of the Siouxland Freethinker's president, Amanda Novotny, to open a City Council meeting with a "non-theist prayer."

According to Hemant Mehta, last night Novotny did exactly that -- but instead of asking those in attendance to bow their heads, she asked them to " lift your head up and look around. Turn your attention to this room -- a room that has heard countless discussions, frustrations, and successes; a room where important decisions regarding your city are routinely made...Think of the hundreds and thousands of others who are also affected by the ideas shared here. Let all voices be heard and understood equally."

She then noted that it was "customary" to read from a book during the invocation, so she chose a passage from Harry Potter and the Goblet of Fire in which Professor Albus Dumbledore said, "Differences of habit and language are nothing at all if our aims are identical and our hearts are open."

She concluded by asking "those present to join me in showing gratitude to the men and women that serve the great city of Sioux Falls."

Watch video of Novotny delivering the invocation below.