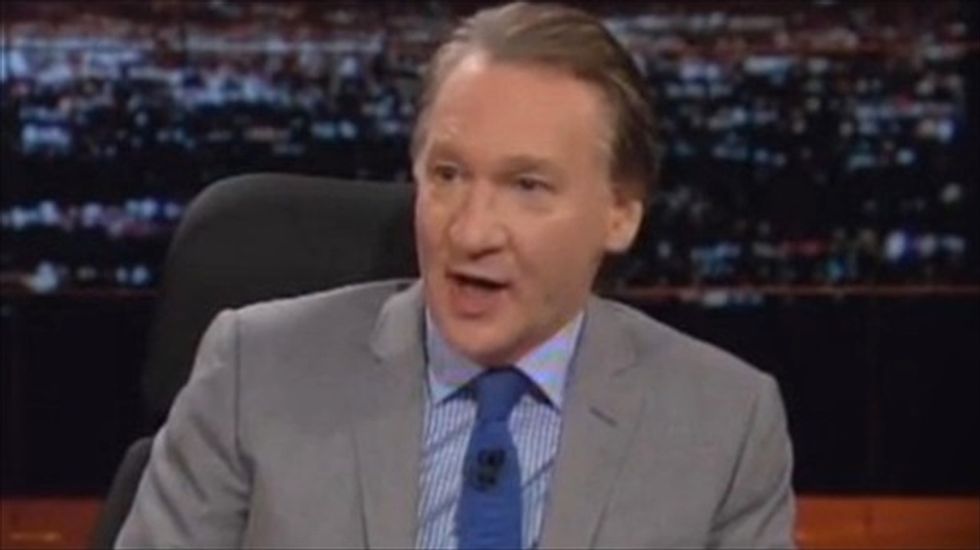 Real Time host Bill Maher argued on Friday that that U.S. funding for Israel's defense efforts and NATO is creating the "culture of dependency" that Republicans like to complain about domestically.

"You know what? Putin is NATO's problem. Israel can take off the training wheels," Maher said. "We got Guatemalan kids and Ebola on our border. We just can't afford this sh*t anymore."

CNBC host and New York Times financial columnist Andrew Ross Sorkin agreed with Maher that Israel didn't technically need the $3.5 billion it gets from the U.S. -- its gross domestic product (GDP) is growing faster than that of the U.S. -- but argued that the U.S. continued to provide funding for both Israel and NATO as part of its efforts to buy political "friendships" internationally.

"If I paid your credit card, Bill, every single month, you'd take my phone call, I think," Sorkin said.

The discussion became heated, however, when Doug Heye, former spokesperson for Rep. Eric Cantor (R-VA), defended the funding by saying Israel's "existence is at stake" by political instability around the Middle East.

"They can absolutely stand on their own," author Reza Aslan shot back. "This idea that Israel's 'existence is at stake' because of Palestinian terrorism is absurd."

"Israel is the most powerful nation in the Middle East," Aslan said. "It has 500 nuclear weapons. It's fine."

Aslan further argued that the U.S. was not getting anything from its agreement with Israel, pointing out the recent criticism directed toward Secretary of State John Kerry.

"By the way, if we didn't give Israel the money, they wouldn't have to listen to Kerry," Maher chimed in, before joking, "Haven't they suffered enough?"

Later, Sorkin and Aslan clashed over Israel's claims that the Palestinian group Hamas was using civilians as human shields.

"That is nonsense," Aslan told Sorkin.

"These are terrorists who have a two-front war going on against Israel and their own people," Sorkin argued, to which Aslan countered that Amnesty International did not find any evidence supporting that argument after conducting a month-long review.

"It's a war that Hamas started," Maher said. "And somehow when Israel reacts to this, they have to do everything in a way that doesn't kill any civilians. People die in wars."

Watch the debate, as posted online on Friday, below.