Brave Israeli Woman asks, "Does the War in Gaza make me look fat?" 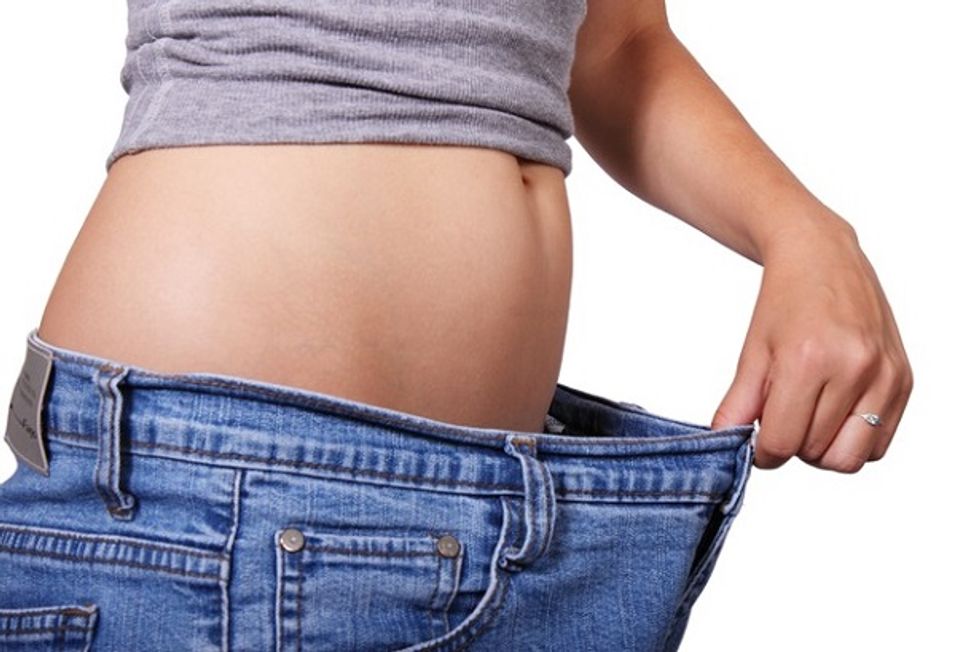 Over the weekend, at least 10 people--including children and a U.N. Relief and Works Agency staffer--were killed when Israel bombed an UNRA school sheltering 3,000 displaced Palestinians. As the Palestinian death toll climbed to 1,830, a brave Israeli woman, originally from Brooklyn, finally broke the silence surrounding the invisible casualty of war that dare not speak its name: stress eating.

Her name is Rachel Weinstein. And her question, and headline in the Times of Israel is "Does this War Make me Look Fat?" She opens her post with a confession:

Try as may, I cannot stop rockets with M&M’s. Hershey’s syrup doesn’t stop the sound of booms, Cocoa Pebbles don’t stop sirens, and chocolate, glory be thy name, doesn’t stop war. I have tried in earnest to employ all of these methods and alas, Operation Tzuk Eitan is still in full swing. My name is Rachel and I am a chocoholic

Rachel's bitter sweet-- no chocolate pun intended :) -- story is one that every girl (who is embarrassingly oblivious to, or lacking any empathy for, the incomparable suffering of people her government is occupying and massacring) can relate to! Am I right ladies?

I have lost nearly 30 pounds [go Rach!] since making aliyah and have a significant amount more to go [you go, girl!]. Despite a love of exercise and vegetables, I find myself eating not to alleviate hunger, but to satiate the worry, the fear, and the reality that we are in.

Tragically, Rachel is not alone in her struggle with calorie-counting. This is an epidemic ravaging much of Israeli society:

It is comforting to know that I am not fighting this Battle of the Bulge alone. In a recent and very unscientific Facebook survey a friend polled her community by asking, “Eating more or eating less because of the “situation”?”

The answers varied, but most came to the conclusion that war is bad for your waistline. Many respondents admitted that their chocolate and carb consumption had gone up, as had their weight, while others said they were eating less as a result of the tension. Not eating because of stress is something I just can’t relate to; I don’t understand it and it confuses me. [ I hear you on that one, sis!]

Rachel then shares with us the way the war takes a toll on your body:

It’s hard enough to watch your weight when things are relaxed. It’s that much harder I find, when consumed by social media, news, and the insanity of folks who still think the good guys are the bad guys. I feel The Grip of all of these things on my brain, in my nervous system, and struggle with things like,

How can I work out when 3 more soldiers have been killed? How irreverent does that make me?

The reports say that the soldier may still be alive. I should wait to see what the updates are.

Oh man, my “red alert” app is going off like gangbusters. I want to stand up and do something else, but they just don’t stop!

The people of Gaza, however, don't have to deal with this battle of the bulge. But they are too cut off (thanks to the siege) from the rest of the world to realize just how lucky they are. They can't see the caloric devastation occurring in Israel. Because unlike the people of Gaza, Israelis don't have food shortages, which are so great for weight loss; they don't have the built in cardiovascular exercise that comes when you evacuate your house; they don't build the balance that comes from trying to walk on rubble. And the people of Gaza don't have to worry about being sedentary or being glued to their computers because the Israelis have bombed so many of the media and power centers, the Palestinians are spared the temptation. And, perhaps the biggest advantage the Palestinians have over the Israelis is that they are provided with a free nutrition plan. As Dov Weinglass, an advisor to Prime Ministers Ariel Sharon and Ehud Olmert, explained, ‘The idea is to put the Palestinians on a diet, but not to make them die of hunger." Indeed,  the Israeli government commissioned a secret report, "red lines" for "food consumption in the Gaza Strip," which they fought to hide,  to determine the number of calories required per day for the people living in Gaza. Because putting people on a diet without having them die of malnutrition is an art and a science. 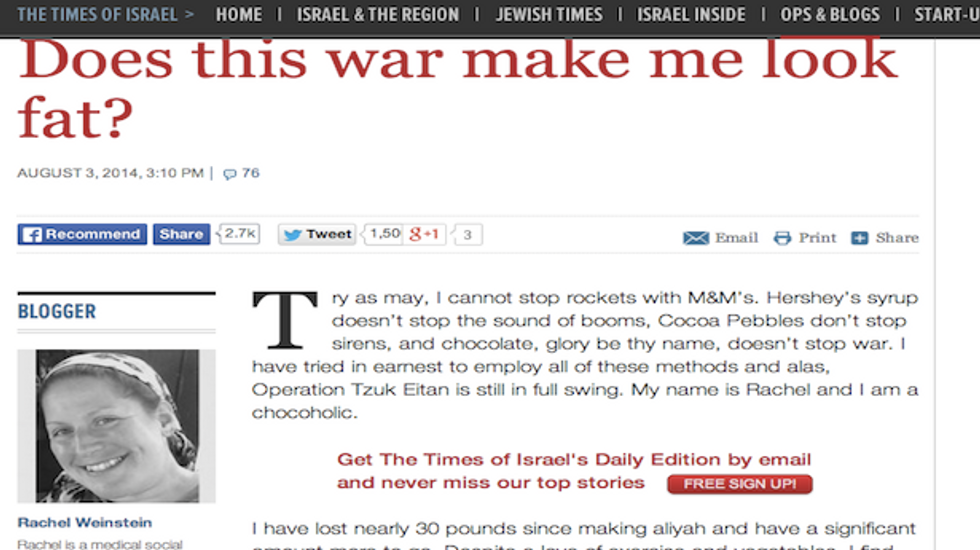