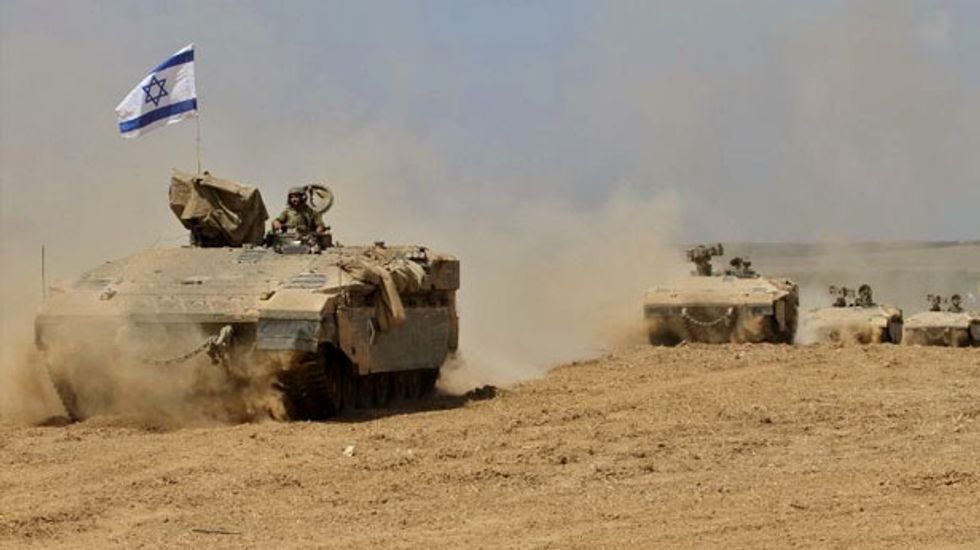 Britain's government has approved licences for the sale of military goods to Israel worth at least Â£42 million ($71 million, 53 million euros) since 2010, according to government figures obtained by the Campaign Against Arms Trade (CAAT).

These are mostly to supply weapons control and targeting systems and components for ammunition, drones and armoured vehicles.

"We are currently reviewing all export licences to Israel to confirm that we think they are appropriate," said a Downing Street spokeswoman.

The decision to review the contracts was taken last week, she added.

CAAT spokesman Andrew Smith welcomed the review but called for an immediate embargo on the selling of military equipment to Israel, insisting the government "should never have agreed the licences in the first place".

"It not only facilitates, but signals approval to the actions of the Israeli government," he added.

Israeli Prime Minister Benjamin Netanyahu said on Monday that the country will not stop its military campaign in Gaza until "security is established for the citizens of Israel".

The operation began on July 8 with an air campaign and expanded into a ground operation on July 17 with the aim of destroying a network of tunnels used for cross-border attacks.

More than 1,800 Palestinians and 64 Israeli soldiers have died in Gaza, and three civilians in Israel, raising tensions across the region and drawing condemnation from around the world.

Cameron said earlier Monday that the United Nations was "right" to condemn the shelling of a UN school in Gaza which killed 10 people but declined to say whether he thought it breached international law.

The opposition Labour Party in recent days has criticised Cameron for not taking a tougher line against Israel.