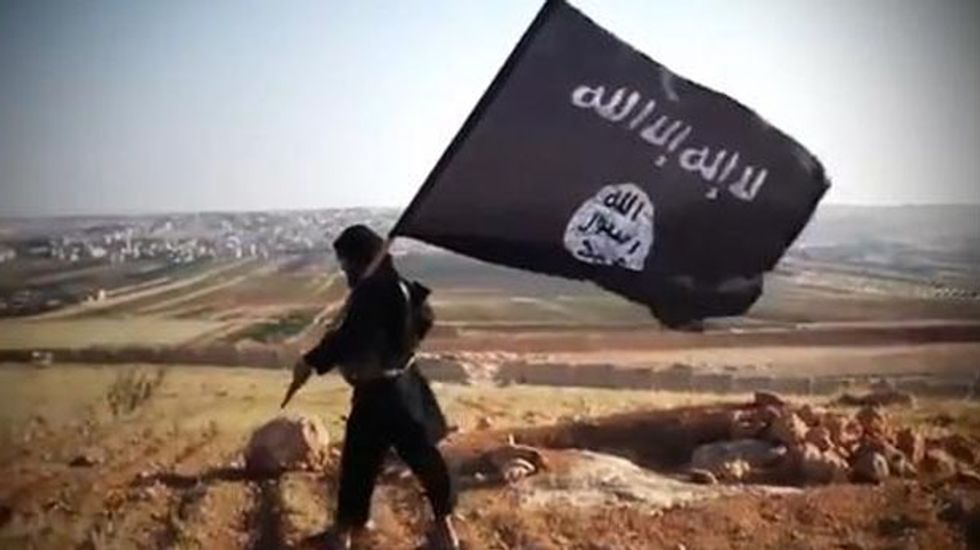 By Kate Holton and Raheem Salman

In Washington, Attorney General Eric Holder said the U.S. Justice Department had opened a criminal investigation into the death of Foley on the video, which featured a masked man apparently speaking English with a British accent.

Horror at the video spanned from the West to Baghdad, where Iraqis asked why the United States and its allies had not cracked down on Islamic State fighters long before they captured large areas of Syria and Iraq.

Foley, 40, was beheaded by an Islamic State militant in the video that surfaced on the Internet on Tuesday, and officials in Washington revealed that U.S. special forces had tried unsuccessfully to rescue him along with other American hostages earlier this summer.

A firefight between the U.S. forces trying to rescue the hostages and Islamic State militants appeared to be the first direct ground engagement between the two sides.

In Britain, the video caused particular shock as it featured the as yet unidentified man apparently speaking with a southeastern English accent, although the sizeable numbers of young British Muslims fighting with the militants in Iraq and Syria have created concern for some time.

Sir Iqbal Sacranie, an adviser to the Muslim Council of Britain, said Britons from across the country's communities had to stop young men being seduced by radical ideologies.

"This sub culture of this 'jihadi-cool' - as they call it in the media - within the margins of society ..., that is the real challenge," he told BBC Radio. "This is a problem that affects all of us and it will only be dealt with more effectively if all of us are working together on this."

Sacranie said the Muslim community was pushing the message that "this is totally alien to Islam" and families were reporting to the authorities when they discovered their sons had headed to the Middle East to fight.

British officials have also expressed concern that the young men will return home to plan attacks there.

Until recently, Islamic State concentrated on establishing its self-proclaimed caliphate in areas of Syria and Iraq it has seized rather than on attacking the West like al Qaeda - the group from which it split.

But U.S. President Barack Obama's decision to order air strikes on its fighters in Iraq appears to have changed this. The video also showed images of another U.S. journalist, Steven Sotloff, whose fate the group said depends on how the United States acts in Iraq. "The life of this American citizen, Obama, depends on your next decision," the masked man says.

The gruesome video presented Obama with bleak options that could define American involvement in Iraq and the public reaction to it, potentially dragging him further into a conflict he built much of his presidency on ending.

In Baghdad, Iraqis expressed their horror at the video but questioned Western strategy on Islamic State which advanced out of Syria in June to capture several major Iraqi cities including Mosul before the United States intervened militarily.

"The killing is the crime of all crimes, whoever the victim is," said Kareem Jamal, 55, an Arabic language teacher at a secondary school.

"I wish the world superpowers had fought these criminal groups in their incubators. The U.S. should have hit Islamic State when they first appeared in Syria. Why they didn’t they hit them when they first entered Mosul and other cities?"

Ali Mohammed Saeed, a 35-year-old doctor, called for deeper Western involvement, almost three years after U.S. troops pulled out of Iraq. "Air strikes are not enough, those criminals need ground troops to kill them and kick them out."

British Prime Minister David Cameron said the man in the video had not yet been identified. "But from what we've seen it looks increasingly likely that it is a British citizen. Now this is deeply shocking," he told broadcasters on Wednesday.

Cameron ruled out sending troops to step up Britain's military involvement in Iraq, which has so far been focused on delivering supplies to Kurdish forces fighting Islamic State jihadists and using jets to conduct surveillance.

"I've been very clear this country is not going to get involved in another Iraq war," he said. "We're not going to put combat troops, combat boots on the ground - that's not something we should do. We have a clear strategy, we should stick to that strategy."