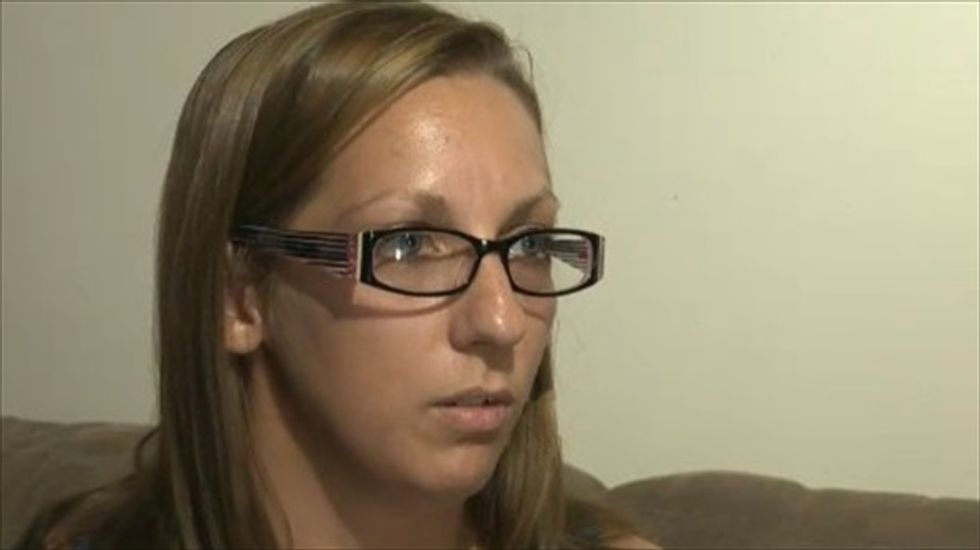 A Canadian woman's online attempt to get back at three hecklers who mocked her appearance has been shared around the U.S. and Europe in support of her stance against fat-shaming, Global News reported.

"I'm sorry that my stomach isn't flat and tight. I'm sorry that my belly is covered in stretch marks," Tanis Jex-Blake, a mother of five, wrote after being reportedly heckled during a visit to an Edmonton beach. "I'm NOT sorry that my body has housed, grown, protected, birthed and nurtured FIVE fabulous, healthy, intelligent and wonderful human beings."

Jex-Blake said she was at the beach sunbathing while wearing a bikini for the first time in 13 years when she overheard people saying, "Oh, that's gross, look at that." When she looked up, she realized she was the one being insulted, because of her stretch marks.

"I saw two guys and a girl, mid-thirties, mid-twenties, pointing at me, laughing at me, mocking me and pretending to kick me," she told Global News.

That prompted her to write her public post on Facebook, in an effort to get her critics' appearance. The post, which includes a picture of her stomach, has since been shared more than 4,000 times from her own page. CTV reported that Jex-Blake's story was shared another 200,000 times after being reposted by a local radio station.

"I'll have you know that as I looked at your 'perfect' young bodies, I could only think to myself 'what great and amazing feat has YOUR body done?'," she wrote. "I'll also have you know that I held my head high, unflinching as you mocked me, pretending that what you said and did had no effect on me; but I cried in the car on the drive home. Thanks for ruining my day. It's people like you who make this world an ugly hateful place."

Jex-Blake has since drawn supportive comments internationally, and is reportedly considering hosting a "post-baby bikini sit-in" for fellow mothers.

"You don't need to say sorry to those idiots!," one supporter from the Netherlands wrote. "Please keep wearing your bikini!"

Watch Global News' report, as aired on Thursday, below.