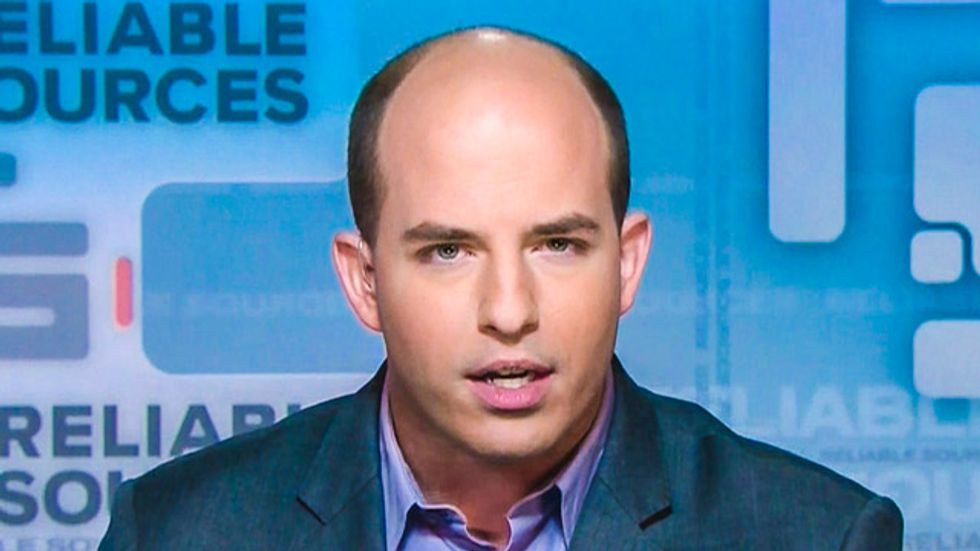 CNN media critic Brian Stelter on Sunday took on Fox News for repeating an unconfirmed report from a conservative blog that claimed that Darren Wilson, the officer who shot unarmed teen Michael Brown, had a fractured eye socket.

Last week, Gateway Pundit blogger Jim Hoft claimed that unnamed sources had told him that the officer who shot Brown had an “orbital blowout fracture to the eye socket.”

Just one day later, Fox News referenced Hoft's blog, reporting that "there is information out that [the officer] was hit hard enough to break the bones around his eye."

"Frankly, I'm surprised that Fox ripped the information off this blog and repeated it on air," Stelter said on Sunday. "And later in the day, Fox did find its own anonymous source, and publish its own story. And every one of Fox's primetime hosts picked up on it."

"After all, this seemed like it changed the whole story, casting the officer as the victim of a dangerous aggressor, a dangerous black aggressor."

Stelter pointed out that the most public officials had ever confirmed was that the officer had a swollen face. And in fact, a CNN source refuted the broken eye socket claim.

"I have yet to see any firm evidence of an eye socket injury," Stelter said. "But that does not seem to matter because these claims have spread all over the place, sowing doubt in people's minds about what happened that terrible day in Ferguson."

Watch the video below from CNN's Reliable Sources, broadcast Aug. 24, 2104.