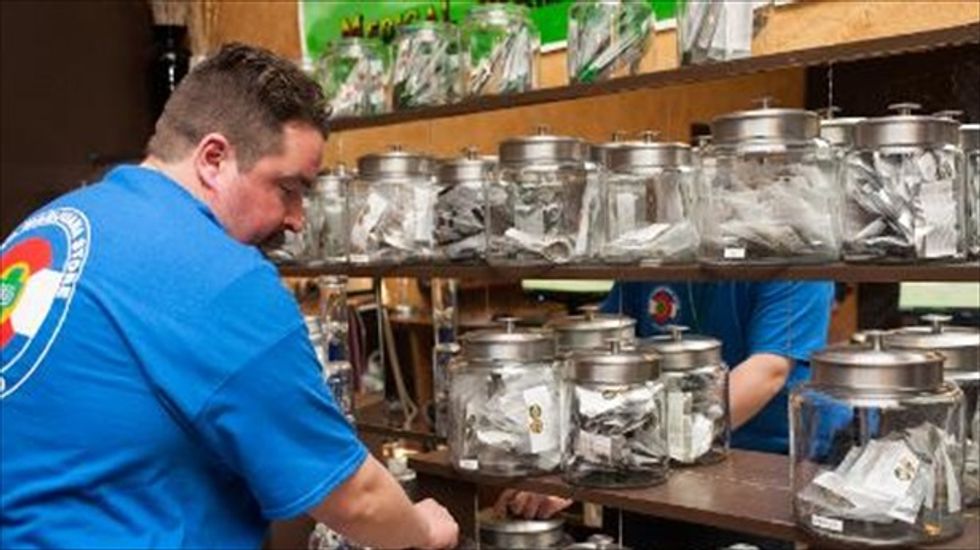 Under the guidelines released by the Colorado Department of Revenue, serving sizes of edible pot products would be restricted to 10 mg of THC, the psychoactive component in marijuana, down from 100 mg.

Packaging would also have to alert consumers the items contain cannabis. Child-proof packages and health warning labels would need to be affixed to the products before they are shipped to pot stores.

The proposals represent an effort by Colorado officials to rein in the sale of edibles, which are especially controversial for their potential to attract children and pot novices, with possibly dangerous consequences.

Physicians in Colorado have also reported an uptick in the number of emergency room visits by children who have ingested cannabis-filled edibles.

The proposals must go through an administrative process before they are folded into current laws governing the marijuana industry.

In 2012, voters in Colorado and Washington state became the first in the country to approve state-sanctioned recreational marijuana for consumers 21 and older, despite a federal ban on the drug. Federal officials have said they are monitoring how the two states regulate the drug to ensure children are kept away from it.

Retail pot shops opened in Colorado in January, and Washington followed suit last month. In that state, officials have placed restrictions on edibles that include a ban on lollipops, jelly beans and other foods that appeal to children.

A report issued this week by the Brookings Institution said Colorado's efforts in regulating the nascent industry were largely successful but that its laws surrounding edibles were lacking.

Rachel O'Bryan, a volunteer attorney with Smart Colorado, a group that advocates the stronger enforcement of marijuana laws, said the rules were needed to address the over-consumption of pot by beginning users and to protect children.

"Will this solve all the problems? No, but it's a step in the right direction," she said.