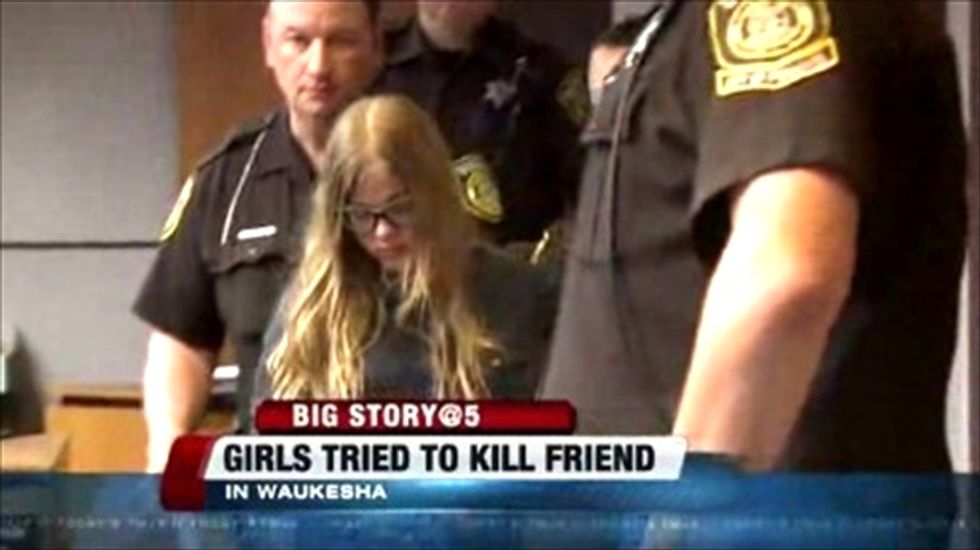 MILWAUKEE (Reuters) - Two doctors are expected to testify on Friday on the competency of one of two Wisconsin girls accused of luring their friend into the woods and repeatedly stabbing her to please Slenderman, a fictional Internet character.

Morgan Geyser and Anissa Weier, both 12, have been charged as adults with first-degree attempted homicide. They are accused of stabbing their classmate 19 times in late May in Waukesha, a western suburb of Milwaukee, the morning after a sleepover.

The girls told investigators they stabbed their friend, also 12, to impress Slenderman, a tall, fictional bogeyman popular on the Internet that they insisted was real, according to a criminal complaint.

Prosecutors requested the competency hearing after the doctors deemed Geyser mentally incompetent to proceed with her defense, according to the results of mental evaluations disclosed in Waukesha County Circuit Court last month.

A status hearing for Weier will also be held on Friday.

The girls face up to 60 years in prison if convicted as adults of attempted homicide. They could be incarcerated to age 25 if they are convicted as juveniles under Wisconsin law.

Attorneys for both girls have said they are working to get the case moved to juvenile court.

The girl they stabbed spent six days in the hospital, according to her family. Her identity has not been made public.

(Reporting by Brendan O'Brien in Milwaukee; Editing by Eric Walsh)