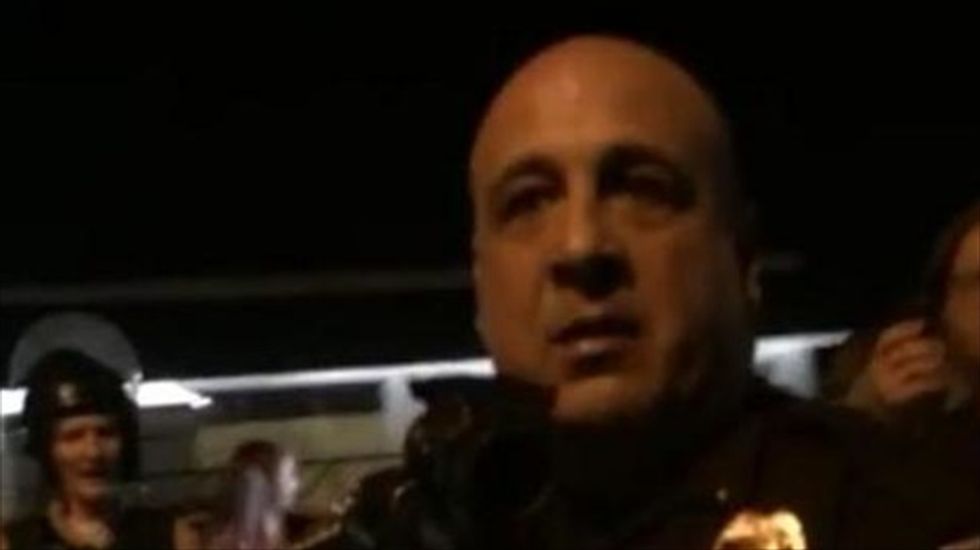 A police officer in Ferguson, Missouri was removed from duty on Wednesday after being caught on video threatening to kill a reporter during the latest demonstration in the city.

The Missouri branch of the American Civil Liberties Union (ACLU) said on its website that the officer's removal followed a letter sent to state Highway Patrol Superintendent Cpl. Ron Repogle questioning his behavior.

CNN reported that the officer was relieved of duty and suspended indefinitely.

The video shows the officer approaching the reporter, identified by the Free Thought Project as Joe Biggs, with his firearm raised. The officer can be seen looking toward him and saying, "I'm going to f*cking kill you."

The Free Thought Project also posted an image of the officer: 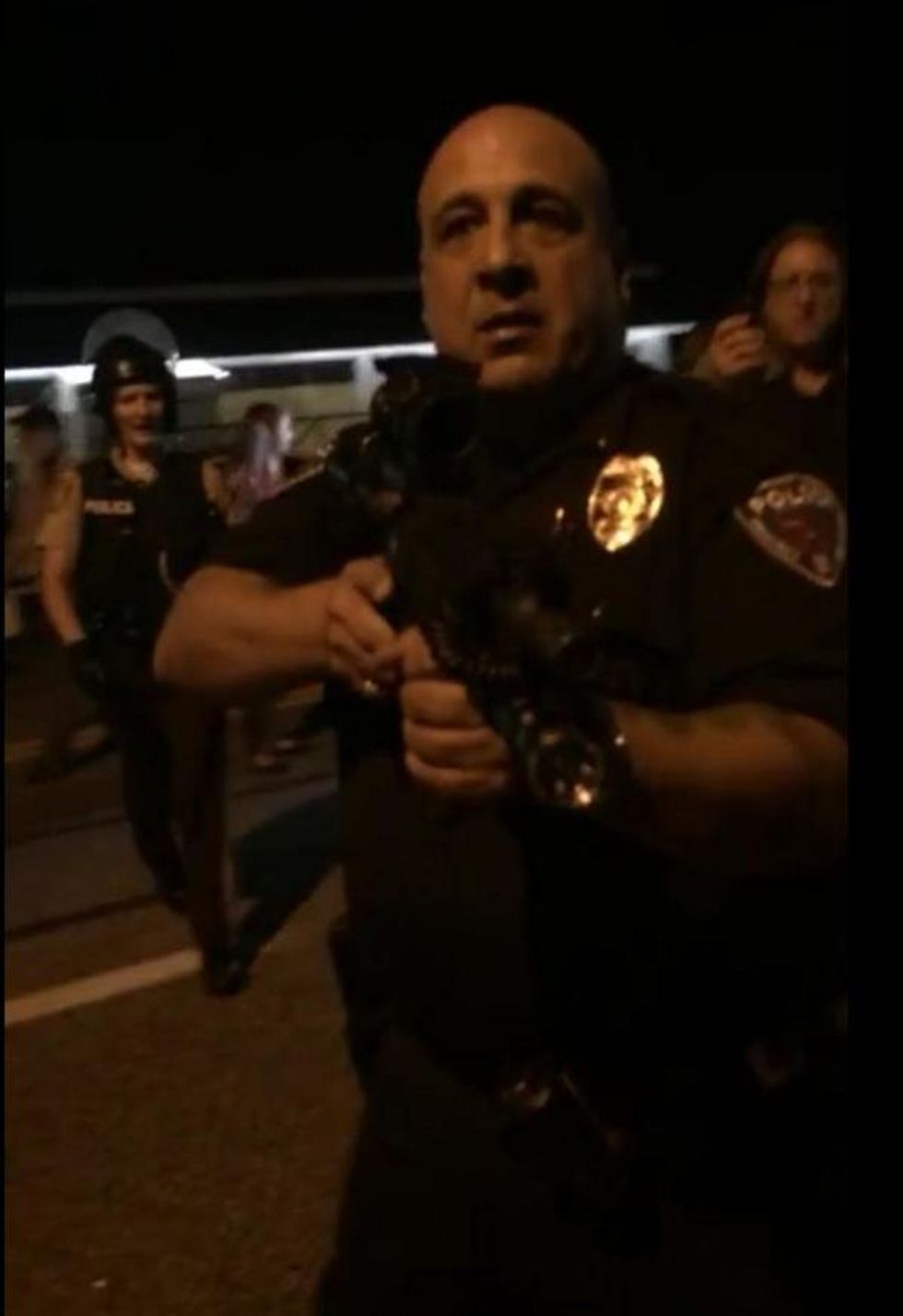 When the person filming the encounter, who identifies himself as "Rebelutionary_Z," asked the officer for his name, he replied, "Go f*ck yourself" before being led away by another officer.

The ACLU included a link to the video in its letter to Repogle, calling on him to identify and remove the officer from duty.

"This officer's conduct -- from pointing a weapon, to threatening to kill, to responding with profanity to a request for identity -- was from start to finish wholly unacceptable," the letter stated. "Such behavior serves to heighten, not reduce, tension."

On its website, the ACLU said it was told by the Highway Patrol that the officer -- whose name has still not been revealed -- was a member of the police department in St. Ann, a town about 7 miles away. The police department there did not respond to The Raw Story's request for his identity before publication.