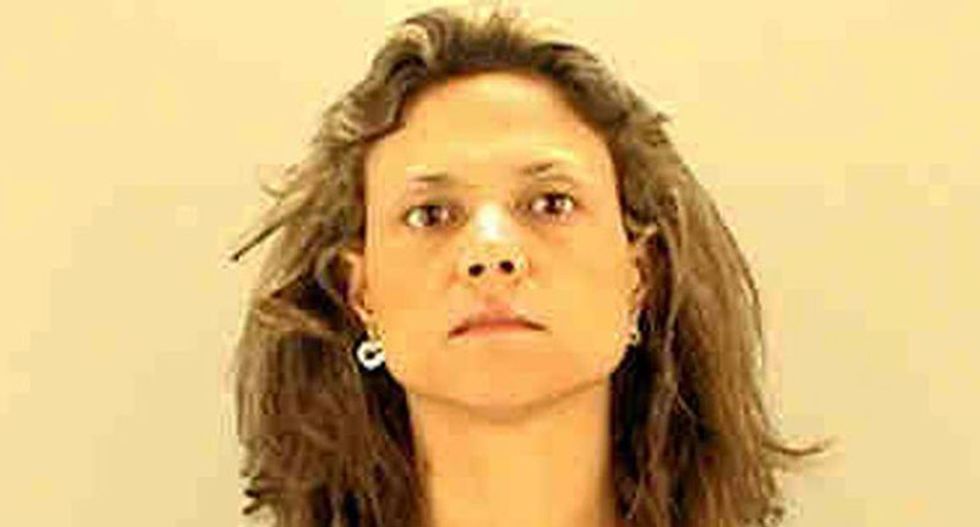 A Connecticut mother has been arrested after police say she provided alcohol and condoms for a party her 15-year-old daughter threw for her friends at their Greenwich home last April.

Eliane Mullen, 39, was charged with 10 counts of risk of injury to a minor. She was released on a promise to appear in court, according to the Connecticut Post.

According to Mullen , it was mistake to let her daughter have the party that was attended by her other two children as well as their friends.

"The whole thing got out of hand," Mullen said in interview. "My daughter invited two friends over for a sleepover, and all of a sudden kids just kept coming in, boys and girls that were not supposed to be there."

"I did not coordinate the party, my daughter did -- I had no clue she brought alcohol," Mullen claimed.

Authorities were alerted to the party after the parents of one of the party-goers called police when their teenage son returned home  heavily intoxicated, telling his parents he drank at least a half a bottle of vodka and two beers at the party. According to police, he was taken to a Bridgeport hospital for treatment.

Mullen said the party was held in the basement and, when she first checked, she saw only bottles of soda. Later,  after hearing about the ill party-goer, she claims she checked again and saw bottles of vodka and rum.

"But the amount he drank at the party was not enough to make him that drunk," she contended. "And I know because I was a certified nurse's aide."

According to police, Mullen bought a bottle of Smirnoff vodka, a bottle of cinnamon whiskey and a six pack of Heineken beer for the party at a local grocery store.

At one point during the party, Mullen supplied a condom to two of the teens so they could have sex, police said.

Mullen denied supplying a condom to the teens, saying, " I have a condom in my nightstand and sometimes my daughter comes in and plays with it. She must have come into my bedroom and taken it from my nightstand."

Mullen's attorney, Edward Murnane, declined to comment on the case saying, "I would rather wait to argue our case in court than to argue it in the press."