Darren Wilson supporters rally in St. Louis: 'We will not hide. We will no longer live in fear' 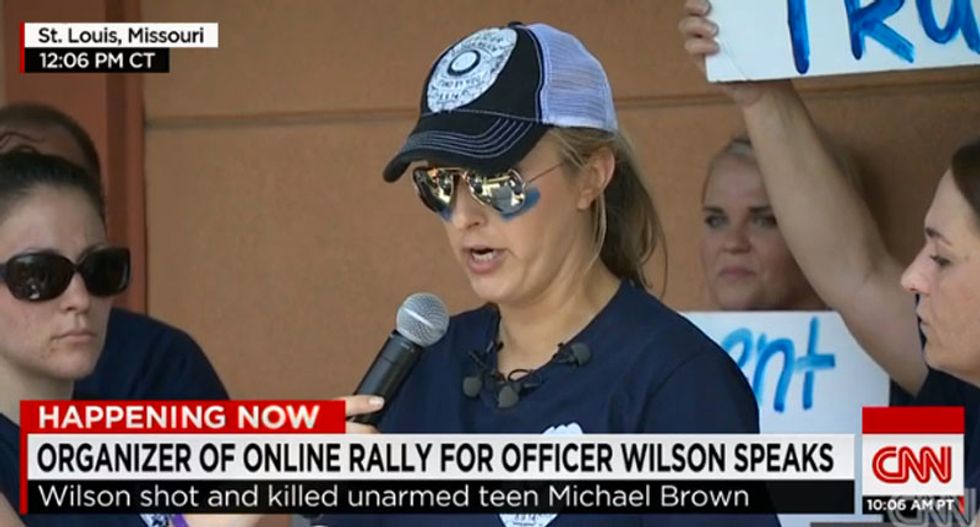 Supporters of Ferguson, Missouri police officer Darren Wilson __ currently on leave in an undisclosed location after the shooting of teen Michael Brown -- rallied in St. Louis today, proclaiming "We will not hide," before adding,"We are Darren Wilson."

The rally, held in a parking lot adjacent to Barney's Sports Pub, drew a small crowd relative to the size of the Ferguson rally's in support of Brown, and featured a speaker claiming to represent the online campaign Support Darren Wilson.

The woman, wearing a support Darren Wilson  ball cap, sunglasses, and eye-black,  did not identify herself and read from a prepared statement (see below) which was provided to the attending press.

According to the woman, her group is not speaking on behalf of Wilson or "his appointed representatives, " but that they believe  his actions on August 9th  "were warranted and justified," despite an almost an almost complete absence  of information provided by the Ferguson police department.

While thanking the media for drawing attention to the pro-Wilson side of the story, the woman stated that  a "strong bias" by the media against Wilson's supporters has "only intensified the destruction of the community of Ferguson and the surrounding St. Louis areas."

The woman also stated that her group is not "affiliated with any hate groups," but that they respect their 1st Amendment rights.

After explaining that Wilson supporters have received death threats, she said, " We will not hide. We will no longer live in fear," and requested that the media stop filming in front of their homes and stop trying   to interview them. 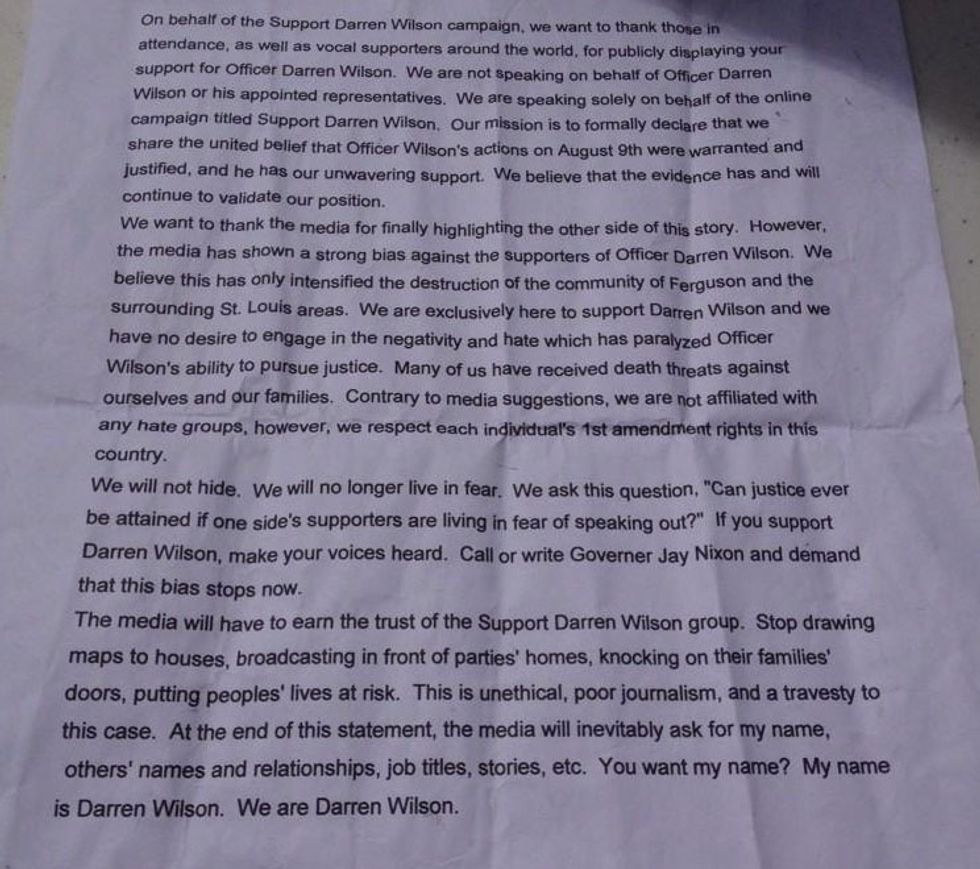