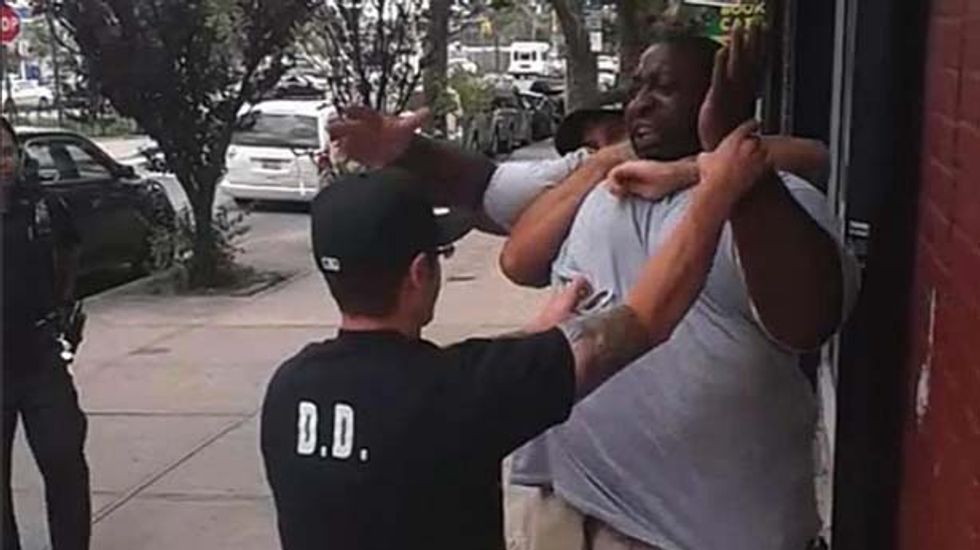 NEW YORK (Reuters) - The death of a man during an arrest last month in the New York City borough of Staten Island was caused by a choke hold used on him by a police officer, the chief medical examiner's office said on Friday, declaring the death a homicide.

In bystanders' videos of Garner's last moments, he can be seen arguing with several police officers. An officer then puts him in a choke hold and Garner collapses, saying repeatedly that he cannot breathe.

The death of Garner, a 43-year-old father of six, has sparked outrage in the city. The police department said it would retrain all officers because of his death.

Daniel Pantaleo, the police officer who put Garner in the choke hold, was placed on desk duty and had to relinquish his gun and badge while investigations into the death take place.

There was no immediate comment from the police department or City Hall.