E-coyotes use Facebook to track the people they're smuggling into U.S. 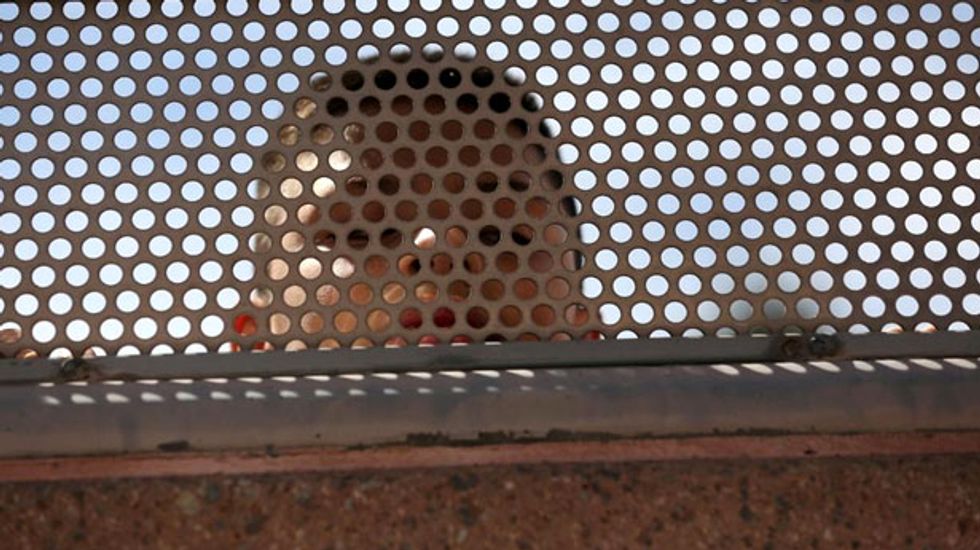 By Gabriel Stargardter and Patricia Zengerle

SAN PEDRO SULA Honduras/WASHINGTON (Reuters) - When Alan Villeda began smuggling people from Honduras to the United States in 1998, he could only communicate with customers via patchy phone calls. These days, he is a word-of-mouth success and new clients seek him out on Facebook.

Social media like Facebook and Skype are changing, and in some cases accelerating, the decades-old northward migration of Central Americans, U.S. and Honduran officials said, by providing crowd-sourced information on the risks and rewards of making the journey.

Images and testimonials posted by migrants who have made it to the United States help keep uprooted families closer together and drive business for e-commerce "coyotes" like Villeda, who is based in the city of La Ceiba on Honduras' Caribbean coast.

"I don't need to advertise because Facebook is what convinces them to go," said Villeda, who dips into Internet cafes whenever he can to check his inbox.

"There's lots of people who haven't seen their families for a long time. When they arrive, they write about it on Facebook," he said, referring to posts by migrants about making it across the border.

For U.S. and Central American officials struggling to stop a wave of migrants, including tens of thousands of unaccompanied children, from heading to the United States, social networks are proving a challenging foe.

While many migrants are fleeing violence and poverty, U.S. officials say wooly rumors spread on social networks of a U.S. amnesty for arriving mothers and children, coupled with a misunderstanding of U.S. immigration reform, are also pushing people northward.

Coyotes have taken advantage of the confusion, and officials in Honduras speak of smugglers advertising on rural radio stations. But for some coyotes, Facebook plays a key role in their operations.

There is no data on how social media is used for planning the arduous treks to the United States, but anecdotal evidence from smugglers, migrants and police suggests many use sites like Facebook to share tips, meet fellow travelers and communicate with customers and fellow coyotes.

"Pollo", or Chicken, a Guatemalan smuggler who is also a butcher, uses Facebook on his smartphone to monitor where his customers are on the route between Guatemala and San Diego, California.

Few migrants travel with smartphones, and there are only 4.2 million users in Central America out of about 40 million people, according to consultancy International Data Corporation. As such, Pollo urges customers to drop into internet cafes along the route to let their families know they are alright.

"It's indispensable to maintain communication," he said, adding that he uses a GPS phone app, which enables him to monitor the location of his helpers via their mobile phones as they move his customers around.

To be sure, internet penetration is low in Central America, with an average of nearly 20 percent of the population linked up in Honduras, Guatemala and El Salvador, according to one estimate. But those who use the Internet to plan trips north, provide valuable feedback for would-be migrants on coyotes.

"Social media now enables families and young people to learn from those in the U.S. that 'this coyote delivers ... I went, and I'm up here. The guy around the corner, he's the one who got me here,'" said a U.S. official in Washington, asking not to be named to be able to speak freely.

In short, the grapevine has moved online.

"Can someone recommend a safe and trustworthy (smuggler), I'm traveling with kids," wrote one user on Yahoo Answers. "I want to be a coyote or "pollero" to earn some good money," wrote another, referring to another slang term for a smuggler.

At the Honduran border crossing of Corinto, where money-changers wave large wads of Guatemalan quetzales at deportees getting off yellow U.S. school buses, bored-looking police officers inspect the papers of those heading into Guatemala.

For Inspector Herlan Vindel, social media are a recurring theme. He said his men recently intercepted two Ecuadorian women crossing the border with a Guatemalan coyote. The women told police they had met each other, and their coyote, online.

"The whole negotiation was done over Facebook," Vindel said.

A few hundred meters away, 26-year-old Jose Martinez was waiting for the police to end their afternoon shift before taking advantage of a surveillance lull during the handover to slip across into Guatemala. He had not seen his mother since she left Honduras 12 years ago.

He recently tried to migrate north with his wife and 2-year-old son Anthony but was caught at the U.S. border and deported. His wife and son made it through and are now with his mother in Los Angeles.

The photos they put on Facebook - of his son playing in the park, or on Sunday trips to a simple restaurant - have inspired him to head north once again.

Logging on to his Facebook account from a migrant shelter in southern Mexico, 23-year-old Jorge Moncada has posted photos on Facebook showing him hanging from one of the migrant-moving trains known as "La Bestia" and posing with a young boy who lost his foot riding the dangerous train.

In an effort to get to the United states earlier this summer, Moncada was kidnapped for 11 days by the Gulf Cartel in the northern Mexican border state of Tamaulipas with more than 100 people, before Mexican authorities freed them.

Moncada, who left Honduras in May in part to escape homophobia because he is gay, uses Facebook to let his family know his whereabouts and how he's doing.

"It's not easy needing to emigrate and place our lives at risk of whatever terrible thing can happen on the journey, just to perhaps find a better lives for our families," he wrote in a Facebook post last week, beneath a new cover photo of himself dressed in an off the shoulder dress and long-haired wig.

Social media can add incentive to attempt a dangerous journey that can subject desperate migrants to kidnapping, theft, rape and even death along the way.

In a YouTube video that purports to show a coyote telling a woman where to cross a river into the United States from Mexico, a conversation breaks out in the comments section, with people sharing email addresses in the hope of traveling north together.

Documenting the migration on social networks can also be risky.

Jose, a 40-year-old construction worker in Fredericksburg, Virginia, who declined to give his family name as he is still undocumented, said he would never use Facebook to keep in touch with his mother in Guatemala nor upload photos of his U.S. life.

"If people see she has a son who lives in America, they might think, 'He's got dollars,'" he said. "They might come after her."