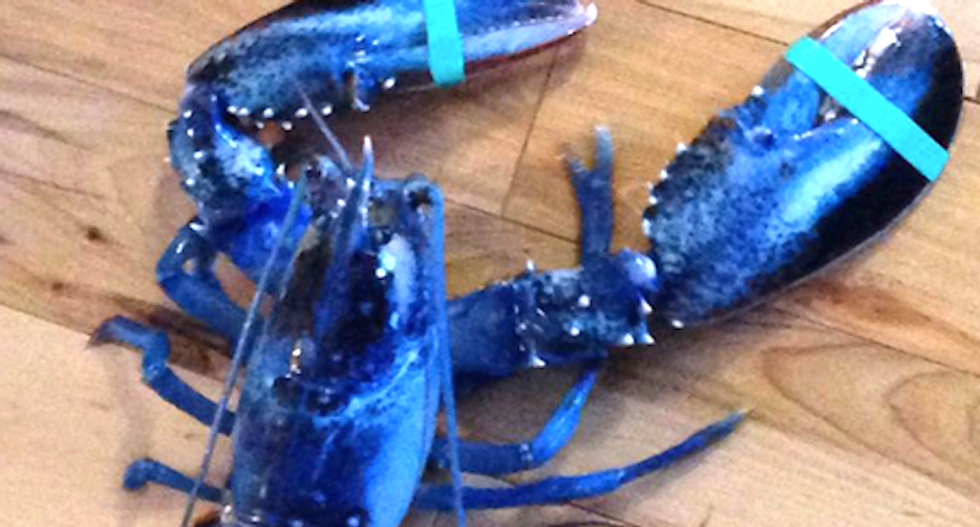 A Maine teenager and her father have landed a one-in-two-million catch -- a blue lobster.

Meghan LaPlante, 14, said she and her father pulled in the vivid blue crustacean from one of their traps on Saturday.

"It definitely stood out," LaPlante said on Monday. "We were really surprised. I've never caught anything like it."

The blue color is the result of a rare genetic mutation that causes the lobster to produce an excessive amount of a particular protein.

Most lobsters are dark bluish green to greenish brown. Scientists estimate the blue coloring occurs in only one out of 2 million lobsters.

LaPlante and her father have agreed to donate the lobster to the Maine State Aquarium.

LaPlante said she named the lobster "Skyler" for its blue color, and because it's one of her favorite names.