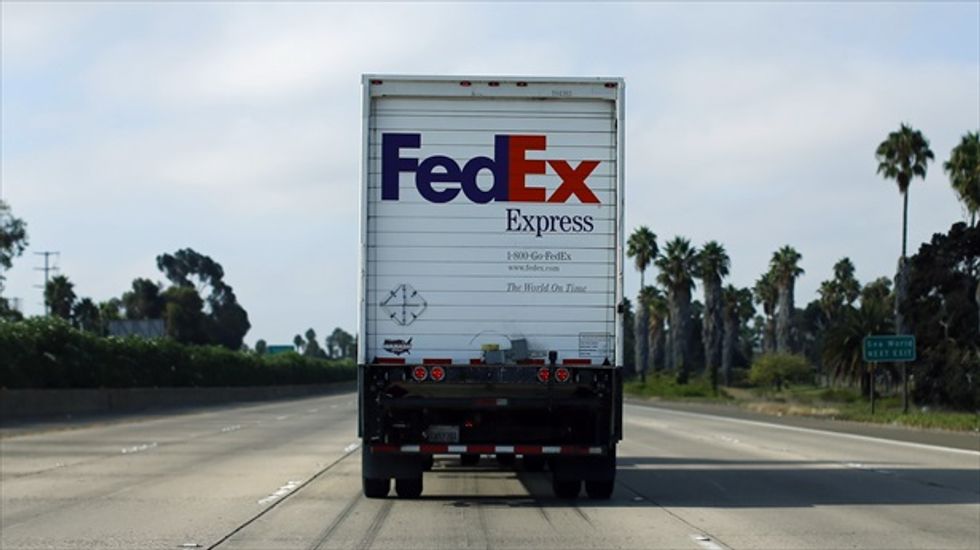 (Reuters) - Groups of mostly former FedEx drivers in California and Oregon can move forward with lawsuits alleging they are owed unpaid wages and benefits under state and federal labor laws after a U.S. appeals court said Wednesday they were employees, not independent contractors.

A three-judge panel of the 9th U.S. Circuit Court of Appeals, sitting in Portland, Oregon, reversed a lower court's ruling, noting that FedEx drivers wear company uniforms, drive company-approved vehicles and are told where and when to deliver packages.

The appeals court noted that the claims brought by the California and Oregon drivers are among similar cases filed against FedEx in approximately 40 states. Other courts have sided with FedEx, finding that drivers are independent contractors.

FedEx said Wednesday it will challenge the decision, and will ask the full 9th Circuit to review the panel's findings.

"We fundamentally disagree with these rulings," FedEx Ground Senior Vice President and General Counsel Cary Blancett said in a statement.

The FedEx cases highlight how employees and independent contractors are entitled to different rights and protections under a patchwork of federal and state labor laws.

Non-exempt employees are entitled to overtime compensation under the federal Fair Labor Standards Act, protection under state minimum wage laws and time off under the Family Medical Leave Act, for example, whereas independent contractors are not.

The California case was brought by about 2,300 workers who were full-time FedEx delivery drivers between 2000 and 2007. The Oregon claims were brought by roughly 360 full-time FedEx delivery drivers between 1999 and 2009. Under the terms of an operating agreement used by FedEx, the drivers were classified as independent contractors, court documents state.

But, FedEx had a "broad right to control the manner in which its drivers perform their work," the panel wrote in determining the drivers were employees.

The panel highlighted the fact that FedEx assigned the drivers delivery areas, directed where packages went and assessed drivers' workloads. Though drivers provided their own vehicles, the agreement used by FedEx mandated that vans have certain dimensions, the FedEx logo and be painted a specific shade of Sherwin-Williams paint known as "FedEx white".

FedEx said that it is no longer using the operating agreement on which the 9th Circuit's rulings were based and that it has updated its agreements to reflect state-level legal and regulatory changes, clarifying that FedEx Ground drivers are independent contractors.

[Image: A Federal Express truck makes its way down a freeway in San Diego, California on Aug. 22, 2014. By Mike Blake for Reuters]