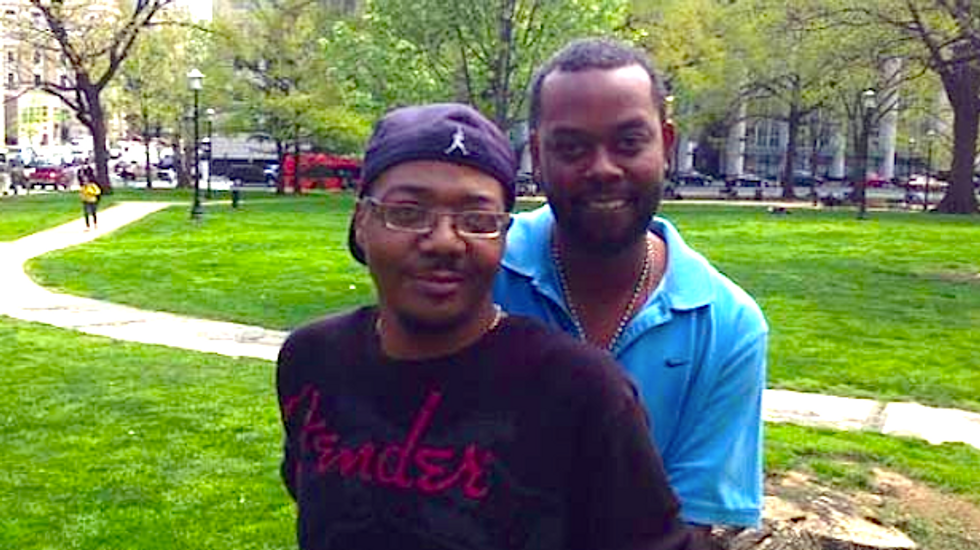 A Florida woman said her family’s church canceled funeral plans for her son after learning he was gay.

Julie Atwood said the pastor of Tampa’s New Hope Missionary Baptist Church abruptly called off the service after reading her son’s obituary and discovering he was survived by a husband.

"Based on our preaching of the scripture, we would have been in error to allow the service in our church," said Pastor T.W. Jenkins. "I'm not trying to condemn anyone's lifestyle, but at the same time, I am a man of God, and I have to stand up for my principles."

Jenkins, who preaches against same-sex marriage, told Atwood it would be “blasphemous” to hold the funeral at his church, reported WFLA-TV.

Julion Evans, 42, legally married his partner of 17 years, Kendall Capers, in Maryland before dying of a rare illness, amyloidosis, after a four-year battle.

"Everyone who knew us knew about our relationship," Capers said. "We didn't keep secrets."

Atwood said she was baptized as a child at New Hope and several family members still attend, although she now attends another church.

But she decided to hold the service at New Hope, which can accommodate hundreds of mourners – which her own church cannot.

The abrupt cancelation left less than 24 hours for Evans’ family to make backup arrangements, and some mourners showed up at the wrong church and missed the funeral.

"It was devastating," Atwood said. "I did feel like he was being denied the dignity of death."

Capers said he understood the church’s position, but he said it was “disrespectful” to cancel the service after it was already planned.