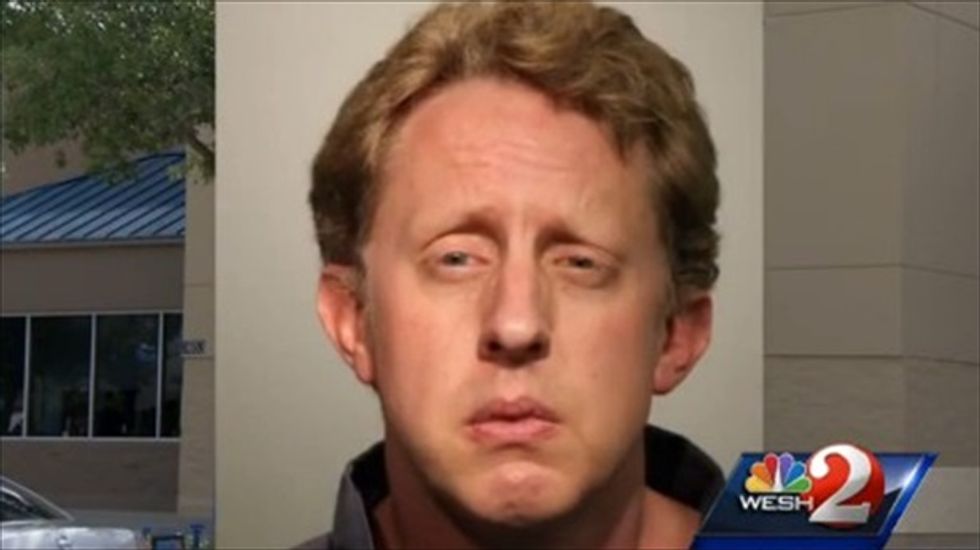 A 40-year-old Florida man was arrested on Tuesday and accused of taking upskirt pictures at a local Walmart by stuffing his phone inside his shoe, WESH-TV reported.

Authorities said a female shopper caught Paul Senzee following her in the checkout aisle, where he lined up behind her without any merchandise. At that point, she reportedly spotted a hole in his shoe, but Senzee tried to walk away when she asked to see the footwear.

The same woman allegedly saw the suspect tailing her elsewhere in the store minutes earlier. Senzee reportedly turned and walked away when he realized the woman had noticed him.

The Orlando Sentinel reported that after leaving the checkout aisle, Senzee was stopped by an unidentified male shopper. He took the phone, which contained a camera, out of his shoe and showed it to this second shopper.

After being called to the scene, Sanford police charged Senzee with video voyeurism.

"Senzee walked up behind the victim multiple times and extended his foot forward and under her skirt," police spokesperson Shannon Cordingly said in a statement. "Once police are able to execute a search of Senzee's cell phone they will be able to determine if there are additional victims."

Watch WESH's report, as posted online on Wednesday, below.