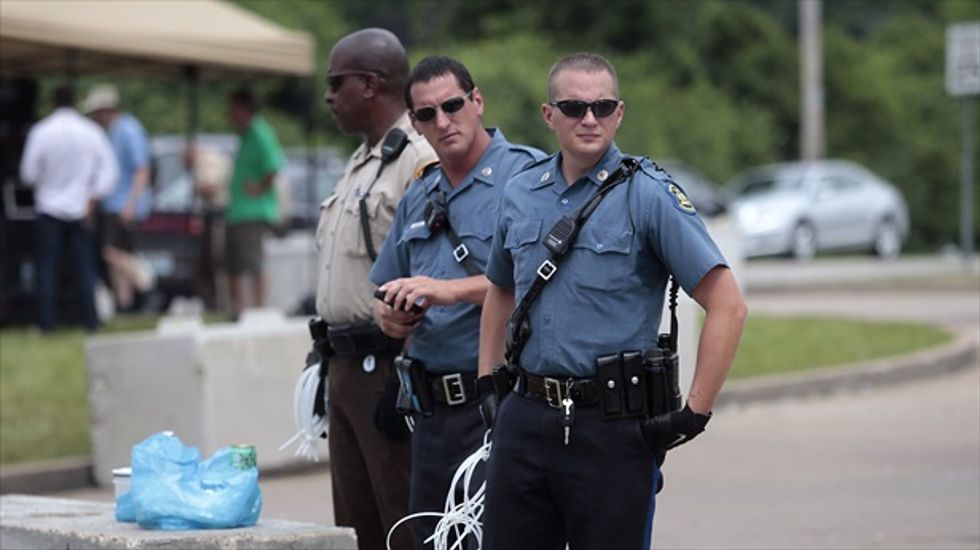 The former superintendent of schools for Ferguson, Missouri criticized the effect on Monday that the tension permeating the town has had on local education, and also suggested that a similar conflict led to the end of his tenure there in an interview with Democracy Now host Amy Goodman.

"The bottom line is, it's a constitutional right within the state of Missouri to have a free and appropriate public education, and these rights are now being delayed and hampered and denied because of the civil unrest and the lack of safety, as well as the lack of togetherness by adults and the treatment of our youth," Art McCoy told Goodman.

According to U.S. News & World Report, the Ferguson-Florissant School District has delayed the start of classes, citing "continuing unrest" in the city following the fatal police shooting of 18-year-old Michael Brown earlier this month, which pushes back not only school functions, but free and reduced lunch programs that serve approximately two-thirds of the district's 12,000 students.

Goodman also pointed out a parallel between the city's overall problem with diversity in leadership positions and McCoy's situation when he became the first Black superintendent in the district's history in 2010.

McCoy's tenure as superintendent ended with his resignation this past March, but before that he had been placed on administrative leave for six months after a dispute over attendance data from 2012.

"In my situation, there was over 2,000 people who assembled, one week after I was on administrative leave, to voice their displeasure," McCoy told Goodman on Monday. "However, there was only 10 percent voter turnout just several months later to elect who should be in the seats of the actual board chair, as well as other seats such as city councilman and so forth."

While he was on leave, McCoy said, some students staged walkouts in protest and asked him whether they should march on his behalf. At the time of his resignation, he released a joint statement with district officials that addressed his supporters.

"To those who have framed the issues as racially motivated, the parties are satisfied that each acted in good faith and with the best interests of the Ferguson-Florissant School District in mind," the statement read.

But on Monday, McCoy, who is currently working for the University of Missouri as an adjunct education professor and is on the board of the Urban League's St. Louis chapter, described his departure in a different light to Goodman.

Watch the interview, as aired on Monday, on Democracy Now, below.