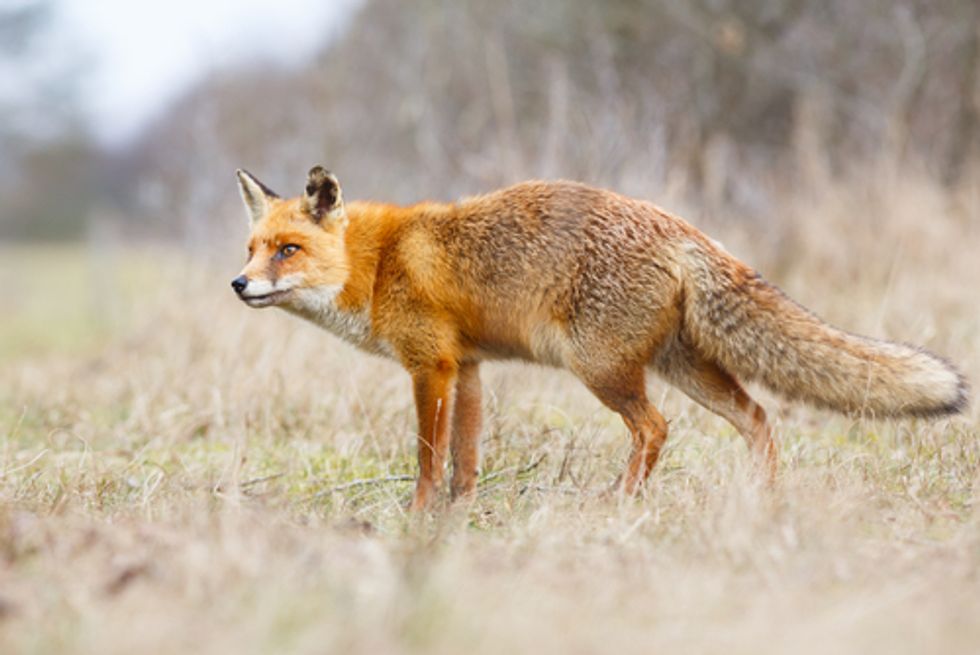 Don't worry, hens. He's got your back.

After a very brief flirtation with the idea of being consistent with libertarian ideals, the right has---to no one's great surprise---decided to go all in with the racist fear-mongering approach to Ferguson. That was put fully on display on Fox News when Eric Bolling threw a major fit because Eric Holder is getting involved, which Bolling is worried is inappropriate because Holder admits that racism is a thing that has happened in American history.

"Can he be fair and balanced and administer justice on a race case?," Bolling worries. Bolling's evidence that Holder can't be fair:

1) A clip showing that Holder believes racism has happened in our history, something that is objectively true---think slavery, segregation---but something Bolling clearly believes you are supposed to pretend is not true. In order to be "fair", then, you have to ignore reality and facts.

2) Previous statements from Holder indicating he has personally experienced racism. In order to be "fair", in Bolling's formulation, then, you should be as ignorant as possible about the extent of the problem.

Granted, "fair and balanced" is Fox News newspeak for "conservative and bigoted", but even by that measure, this is outrageous. The argument is based on the utterly false notion that people who are attached to white privilege are somehow more "objective" than people who have a more thorough understanding of what racism has meant for black people in this country. Certainly, as a feminist writer, I've come across this attitude from men a lot, this notion that men somehow don't have a gender and therefore are able to assess gender issues more "objectively" than women.  This is full blown blooey, particularly considering that it was men and it was white people who set up these unfair systems in the first place so that they can benefit from unearned privilege.

Are all foxes incapable of guarding henhouses? No, of course not. But it's ludicrous to argue that a fox is somehow objective than the hens when it comes to assessing the safety needs of henhouses. Having a fox argue, "You hens are too attached to your life to be fair and balanced about this situation?" should send up a red flag, because obviously the fox is trying to distract you from the fact that he, too, has a stake in whether or not the henhouse is available to hungry foxes.