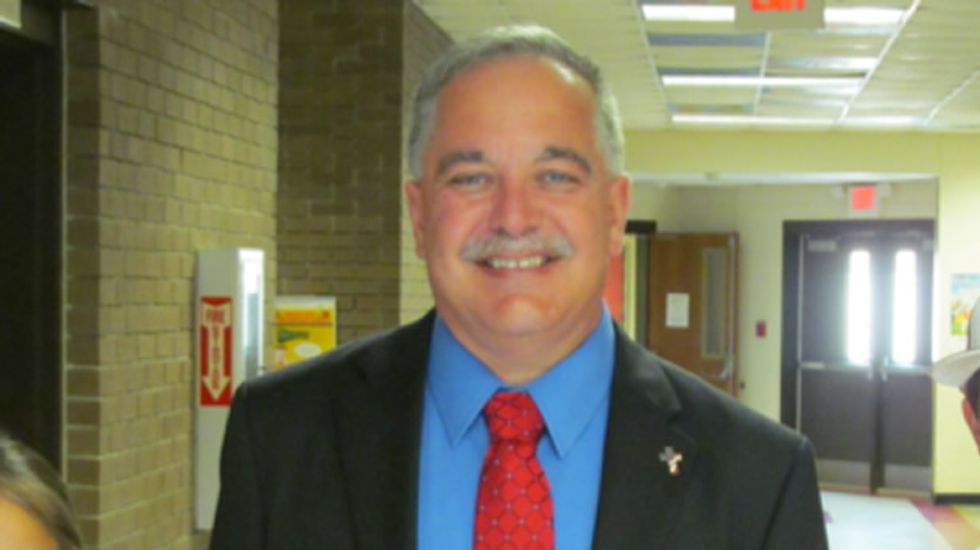 The Republican nominee for the position of Georgia's state school superintendent told attendees at a breakfast meeting of the Cobb Republican Party that he will win even if his African-American Democratic opponent "dust[s] off [her] VHS copies of The Color Purple."

According to the Marietta Daily Journal, Richard Woods was in the middle of a discussion about about the importance of bringing "true American history" back into the classrooms.

"We have to make sure that our kids know our history. They are going to know the true American history," he said. "It will not be liberalism, it will not be progressivism, but it will be something that is based on our Founding Fathers. It will be the Constitution, it will be the Declaration of Independence, it will be the Federalist Papers. We will teach the truth, because last time I heard, the truth will set you free, OK?"

"Come November, again we need to stand together," he continued, "because we are going to let the Democrats know that they are living on Fantasy Island, OK?"

Then, in what many perceived to be a knock on his Democratic opponent, former Decatur school board chairwoman Valarie Wilson, Woods said that "[t]hey may dust off their copies of their VHS copies of ‘The Color Purple,’ but it isn’t going to happen, all right? We are going to remain Republican red in our state, and we’re going to move this state forward so that we can do the very best, and again, I look forward to being your next state school superintendent of schools."

The reference to the 1985 adaptation of Alice Walker's novel by Steven Spielberg struck those in attendance as unusual at best, off-putting at worst. Cobb school board candidate Kenya Pierre told the Marietta Daily Journal that she had "no idea what VHS tapes or The Color Purple or anything has to do with bettering education for our children. To bring The Color Purple in, it makes me wonder: ‘What are you alluding to?’ Are you alluding to you want things to be back the way they were where slavery was dominant? Are you alluding to the fact that you don’t want diversity within your state where there was a separation of what African- Americans could do and could not do? I don’t know."

Woods later told the Atlanta Journal-Constitution that his comment was not meant as a reference to Valarie Wilson's race, but to her political affiliation as a "blue" Democrat in a "red" state that is becoming increasingly "purple."

"The purpose of the Republican Unity event was to express the importance of Republican dominance in Georgia," he said. "In that regard, I used two movie titles to reference the hope of a Democratic comeback -- Fantasy Island and The Color Purple -- Georgia becoming a "purple" state. Both references were made because of the words in their titles, not the content of the movies."

He then claimed that his intent was evident to all who were attendance, but that he understands "how the intent of my references could have caused confusion for those who were not present or did not hear my entire speech. I sincerely apologize for that confusion."