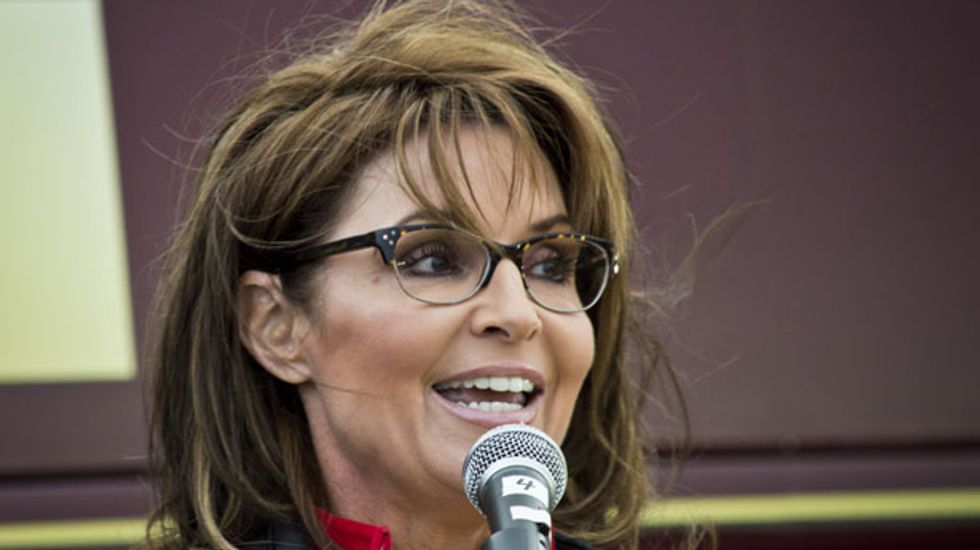 A former California lawmaker and executive for the conservative social activist network the Council for National Policy is proposing that the Tea Party and Christian extremists form a third party "to do to the GOP what the GOP did to the Whig Party" -- and says that Sarah Palin should be its leader.

Right Wing Watch first reported on Steve Baldwin's proposal to form "a coalition between social and fiscal conservatives...around the issue of eliminating all federal abortion funding, reversing Roe vs. Wade (let the states fight it out), and prohibiting the Federal government from granting special rights to people based upon sexual behavior (laws that almost always infringe on our religious, property, and freedom of association rights)."

Baldwin believes that Republicans in leadership positions have done little more than "propose ways to manage socialism more effectively," and that the party establishment has done nothing but wage "war on the Tea Party/conservative wing of the GOP," abusing extant infrastructure "to favor RINO [Republicans In Name Only] candidates over conservatives." The most egregious instance of this, to Baldwin's mind, was the party's support of Thad Cochran over Tea Party favorite Chris McDaniel in the recent Mississippi primary race.

He acknowledges that it will be difficult to create a viable third party without the assistance of "a stable of respected national conservative leaders such as Sarah Palin to lead the charge." Only with such aid will this party be able to create "a compelling platform that will unite conservatives, libertarians, the Christian Right, and the Tea Party movement."

"These groups all have their differences," he added, "but I believe we can find a consensus on dozens of constitutional principles such as downsizing the federal government, balancing the budget, reforming entitlements, cutting taxes across the board, defense of the 2nd amendment, the elimination of earmarks and crony capitalism, the development of our natural resources for our energy needs and so forth."