Happy to see liberals calling out other liberals for bad faith 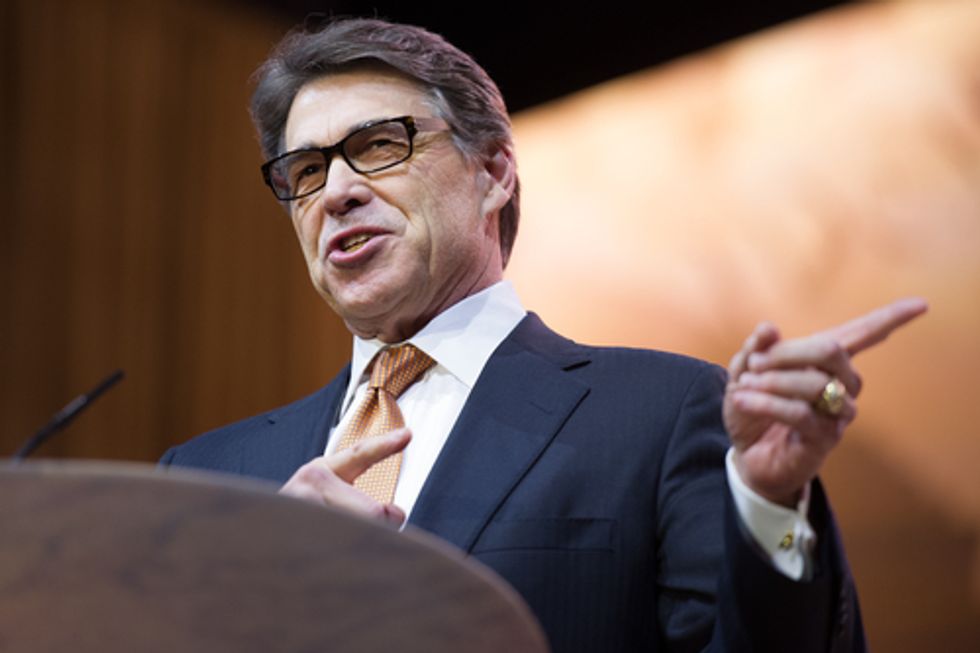 He's a bad guy, but political attacks on him need to be clean.

Simon Maloy has a good piece up at Salon about the fishy Rick Perry indictment and the way that liberals are speaking out against it in a way conservatives never would if the shoe was on the other foot:

The Hack Gap is defined as the relative lack of left-leaning pundits and media types who will abandon principle in order to move the political ball forward. “Conservatives outscore us considerably in the number of bloggers/pundits/columnists/talking heads who are willing to cheerfully say whatever it takes to advance the party line, no matter how ridiculous it is,” Mother Jones’ Kevin Drum wrote of the Hack Gap back in 2012. The Hack Gap can be viewed different ways, depending on the context. In a vacuum, it’s a good thing, insomuch as faithfulness to one’s principles is viewed as a positive quality. And when real moments for political accountability arise, like the Veterans Affairs scandal, depriving a politician of his or her political cover can help speed the process along. In the context of a political campaign, the Hack Gap can be viewed as a negative – you want everyone on the same boat rowing in the same direction.

As someone who rails endlessly about the ease that conservatives have with bad faith arguments, I am happy to see that liberals play fair and follow our own rules, even on those rare occasions when it means criticizing one of our own for bad faith. It's not just the moral thing to do, but I'd argue that it's important as a long-term strategy. After all, one of the favorite strategies of conservatives is to defend their moral turpitude by arguing that as long as any liberal ever has done something wrong, that means conservatives get a free pass to do that wrong thing forever more. So, for instance, any and all misogyny is routinely defended by saying there was once a feminist on Tumblr once who seemed like she may have actually hated men. The 5 or 6 weirdoes that constitute the New Black Panther Party are trotted out every time a conservative wants to defend systemic attacks on the right of minorities to vote. We're now seeing the fact that Mike Brown stole some cigars and smoked weed to minimize the much more serious crime of shooting an unarmed man. And so on and so forth.

Under the circumstances, letting bad faith arguments from liberals go unchecked is a dangerous thing, because bad faith arguments are the bread-and-butter of the right, and we need to have a bulwark against the even-the-liberals bullshit on this front. Maloy mentions the bad faith arguments that are being employed to attack Obamacare right now, specifically the nonsensical claim that the ACA was never meant to provide subsides to people who buy insurance through the federal health care exchanges.

But that, my friends, is just the tip of the iceberg when it comes to the enthusiasm that right wingers employ when it comes to pushing rank bullshit. Believe me: I specifically concentrate, as a journalist, on reproductive rights, and in my many years of doing this, I've come to the conclusion that all the "official" arguments against abortion and contraception employed by Republicans are 100% pure bad faith. All of them. The claim that they suddenly develop a great love of life when it comes to fertilized eggs that is not on display for any human being with a functioning brain. The claim that your contraception use somehow violates your boss's "religious liberty". The claim that abortion is a "dangerous" procedure and women need to be forced to give birth---which is much more dangerous---for their own good. All complete bullshit.

The only people who actually argue in good faith are the fringe religious nuts whose desire to feel free to express their fanaticism exceeds their desire to make politically palatable arguments to smuggle in their anti-sex agenda. Like these fuckers:

But while this is the actual motivation against reproductive rights, Republicans who are pushing this agenda know they can't sell an anti-sex agenda openly---too many questions, particularly in a country where freedom is actually supposed to be a thing---so instead you get these bad faith arguments.

And therefore one of the best weapons against the right is calling out the relentless bad faith, but we can only do that if we police our own and make sure liberal arguments are offered in good faith. So I'd like to applaud the ongoing Hack Gap and the efforts of my fellow liberals to keep everyone honest.