Here are the three stories the Israeli press doesn't want you to see: genocide and dieting 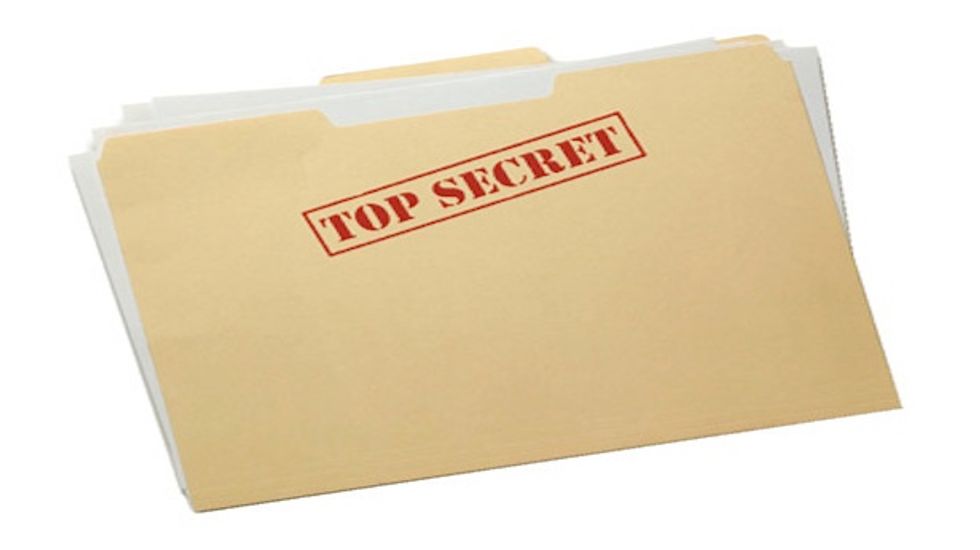 Friday The Times of Israel published a fairly open call for genocide of the Palestinian people. Sunday, it published a woman's account of how the war is making it hard for her to maintain her figure, which I wrote about Monday, here. The newspaper has removed both of them.

So, what do these two pieces show? In the first one, an op-ed "When Genocide is Permissible," TOI blogger Yochanan Gordon had to say and ask:

If political leaders and military experts determine that the only way to achieve its goal of sustaining quiet is through genocide is it then permissible to achieve those responsible goals?

Yes, Gordon shows ends the post with an open question. But the question, comes at the end of piece vilifying Hamas, grouping all of Gaza citizens with Hamas, and exonerating and extolling the israeli government and military.  The question is pretty leading and suggestive. And, as a Jew, I can say we often make some of our strongest declarative statements in the form of a rhetorical question. John Ashcroft, you're welcome.

The post was removed after #WhenGenocideIsPermissible started trending on Twitter. The blogger was fired, and the newspaper and Gordon apologized. But, I must ask, "when is an apology contrition? And when is it good PR?"

Now, on to the second post, in which Rachel Weinstein wrote. In it, she complains about the way in which the current conflict in Gaza makes it hard for her to lose weight. As I covered yesterday, she writes,

It’s hard enough to watch your weight when things are relaxed. It’s that much harder I find, when consumed by social media, news, and the insanity of folks who still think the good guys are the bad guys. I feel The Grip of all of these things on my brain, in my nervous system, and struggle with things like,

How can I work out when 3 more soldiers have been killed? How irreverent does that make me?

The reports say that the soldier may still be alive. I should wait to see what the updates are.

Oh man, my “red alert” app is going off like gangbusters. I want to stand up and do something else, but they just don’t stop!

I wrote about this post, not to mock one woman who is living in an environment I've never experienced, where, indeed, rockets can and do land. I wrote about it because I found the contrast between what she was experiencing and the people of Gaza were experience to be remarkable. And in her writing and humorous tone, I found a scary obliviousness to human suffering, and a lack of awareness and empathy. Others must have seen the same thing, because I just learned via Max Blumenthal that the post had been removed. In fact, what you know see instead of the post is the following: "This is somewhat embarrassing, isn’t it?" It is embarrassing. Not its absence but the fact that it was ever published.

I know the Times of Israel is conservative. And the writing reflects the opinion of one person. But it also reflects what is sanctioned by a newspaper in Israel. And scarily enough, especially in the case of genocide, Gordon's is not a lone voice. As I wrote about before, Moshe Feiglin, a knesset member and deputy speaker, was perfectly comfortable advocating for ethnic cleansing in an op-ed he wrote in Arutz Sheva called,  “My Outline for a Solution in Gaza: Clear and concise, the steps towards achieving quiet in Gaza.” In the piece Feiglin urges Israel to "conquer the entire Gaza, using all the means necessary to minimize any harm to our soldiers, with no other considerations... " And just this weekend, Feiglin wrote a letter to Prime Minister Benjamin Netanyahu, which he also published the letter on his own Facebook page. In it, he reaffirmed his commitment to ethnic cleansing and endorsed concentration camps:

a) The IDF [Israeli army] shall designate certain open areas on the Sinai border, adjacent to the sea, in which the civilian population will be concentrated, far from the built-up areas that are used for launches and tunneling. In these areas, tent encampments will be established, until relevant emigration destinations are determined... The supply of electricity and water to the formerly populated areas will be disconnected.

below are screenshots of the entirety of Feinstein's blog post.

Today, more Americans hope to receive a COVID-19 vaccine than current vaccine supply will allow. Consequently, although President Joe Biden's initial promise to dole out 100 million vaccine doses in 100 days would require a ramp-up in vaccine allocation, some consider the promise to be insufficient to meet current levels of demand and put the pandemic's spread into decline.

The current mismatch between vaccine demand and supply, however, may be short-lived. Despite concerns about lagging vaccine allocation for front-line health care workers and other vulnerable groups, health experts are optimistic that public demand for a COVID-19 vaccine will remain high in coming months as more vaccine doses become available.