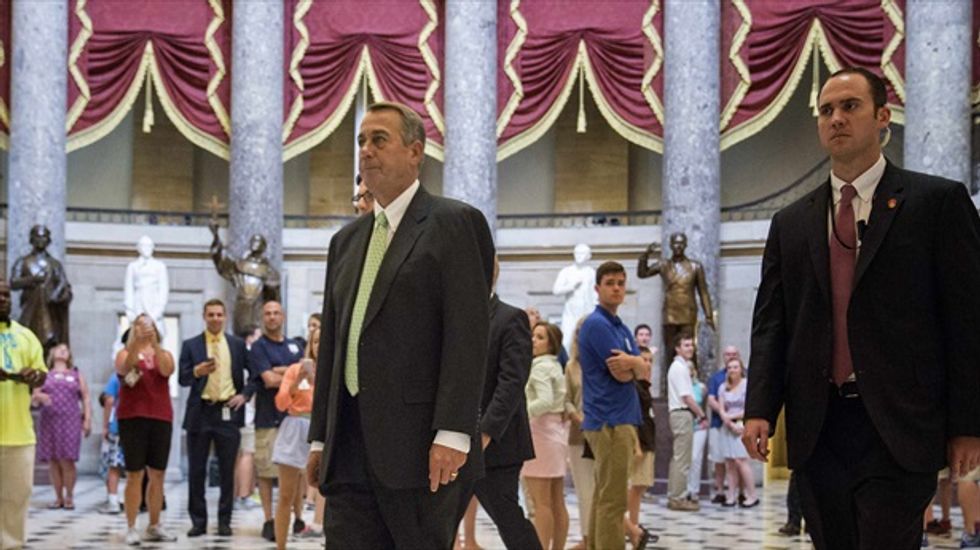 WASHINGTON (Reuters) - The House of Representatives late on Friday approved $694 million in new funds to further secure the U.S. border with Mexico and to discourage Central Americans, including unaccompanied children, from migrating illegally to the United States.

By a vote of 223-189, the measure passed the Republican-controlled House. Only one Democrat voted for the bill.

The Democratic-led Senate is not expected to consider the House bill. A $2.7 billion Democratic funding measure in the Senate was blocked on Thursday.

[Image: Speaker of the House John Boehner (R-OH) walks from his office to the House Chamber during a procedural vote at the Capitol in Washington August 1, 2014. By Joshua Roberts]