Indicted Texas Governor Rick Perry to turn himself in to authorities 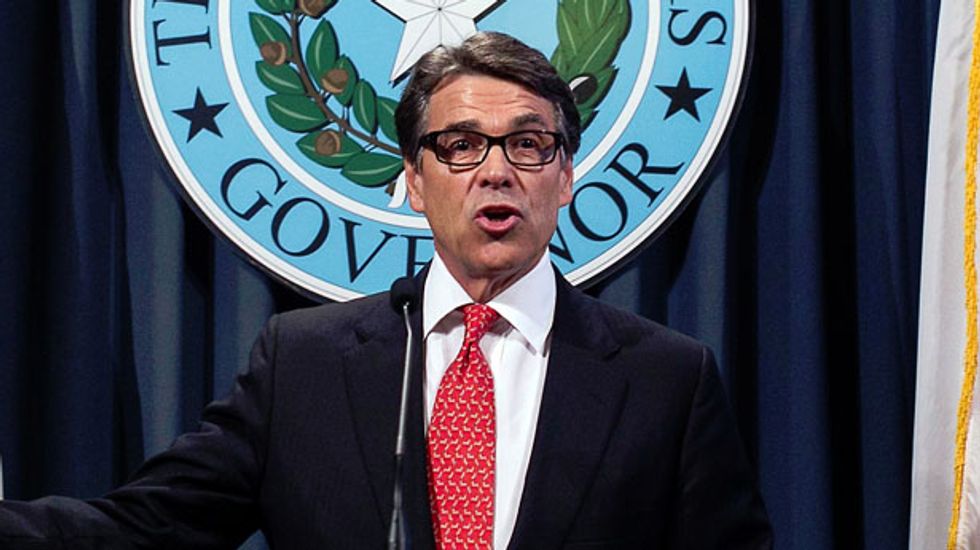 AUSTIN Texas (Reuters) - Texas Governor Rick Perry plans to turn himself in to authorities for fingerprinting and a mug shot on Tuesday after he was indicted by a jury in the state last week on two felony charges of abusing power, local news reports said.

Neither the offices for Perry or his attorneys were immediately available for comment. Perry is due to be arraigned on Friday.

The indictment has cast a shadow over Perry's possible bid for the Republican presidential nomination, with experts predicting that legal wrangling in the case is likely to stretch into the 2016 election cycle.

Perry was indicted on Friday by a grand jury in Travis County, a Democratic stronghold in the heavily Republican state, over his veto of funding for a state ethics watchdog that has investigated prominent Texas Republicans.

He has called the indictment politically motivated and pledged to fight the charges.

Perry became the target of an ethics probe last year after he vetoed $7.5 million in funding for the state public integrity unit run from the Travis County district attorney's office.

The veto was widely viewed as intended to force the resignation of county District Attorney Rosemary Lehmberg, a Democrat, after she had pleaded guilty to drunken driving but remained in office.

Democrats have said Perry may have been looking to put an ally in charge of the unit, extending what they say is cronyism in his administration.

The more serious of the two felony charges carries a prison sentence of five to 99 years.