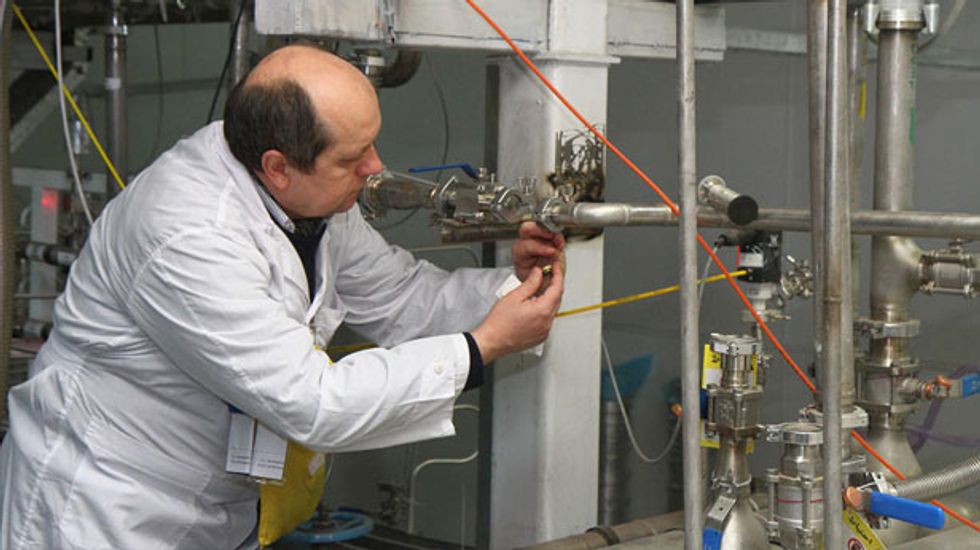 Iran's elite Revolutionary Guard said it has brought down an Israeli stealth drone above the Natanz uranium enrichment site in the centre of the country.

"A spy drone of the Zionist regime (Israel) was brought down by a missile... This stealth drone was trying to approach the Natanz nuclear zone," the corps said in a statement on its official website sepahnews.com.

"This act demonstrates a new adventurism by the Zionist regime... The Revolutionary Guard and the other armed forces reserve the right to respond to this act," the statement added.

An Israeli spokesman told AFP in Jerusalem on Sunday that the military does "not address foreign media reports".

Natanz is Iran's main uranium enrichment site, housing more than 16,000 centrifuges. Around 3,000 more are at the Fordo plant, buried inside a mountain and hard to destroy.

Iran and the P5+1 powers -- Britain, China, France, Russia, the United States and Germany -- reached a six-month interim agreement under which Iran suspended part of its nuclear activities in return for a partial lifting of international sanctions.

In July that deal was extended by four months until November 24 to give the two sides more time to negotiate a final accord aimed at ending 10 years of tensions over Iran's nuclear programme.

The sides remain split on how much uranium enrichment Iran should be allowed to carry out.

Washington wants Tehran to slash its programme by three-quarters, but Iran wants to expand enrichment ten-fold by 2021, chiefly to produce fuel for its Bushehr nuclear power plant.

Israel, a sworn enemy of Iran, opposes any agreement allowing Tehran to keep part of its uranium enrichment programme, saying Iran could use the material to make an atomic bomb.