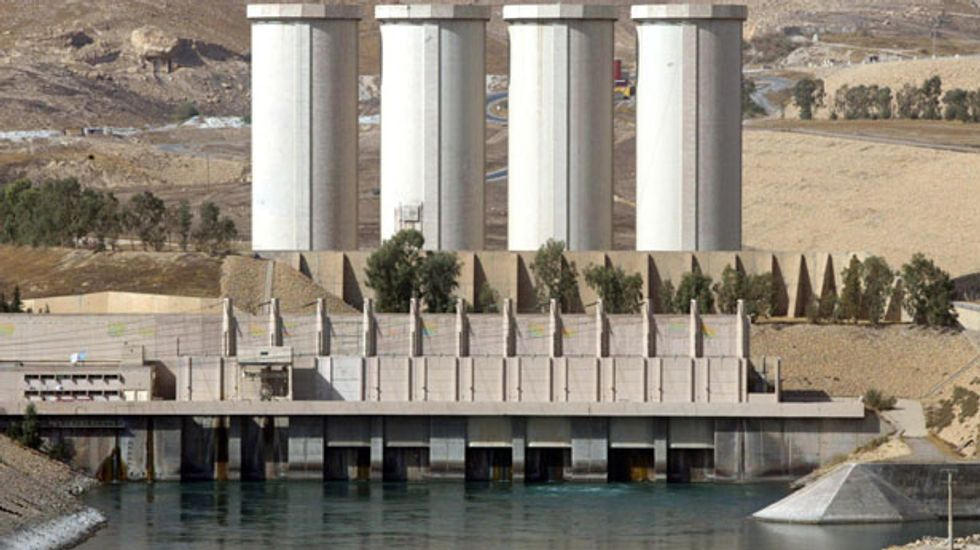 Jihadists have seized Iraq's largest dam north of their hub of Mosul, giving them control over the supply of water and electricity for a vast area, officials said Friday.

"Mosul dam has been in insurgent hands since last night," said Holgard Hekmat, spokesman for the Kurdish peshmerga force that previously guarded the key infrastructure.

The head of the provincial council of Nineveh, of which Mosul is the capital, confirmed the Islamic State group had captured the dam on Thursday.

The dam on the Tigris river, on the southern shores of Mosul lake about 50 kilometres (30 miles) north of the city, provides electricity to much of the region and is crucial to irrigation in vast farming areas in Nineveh province.

A 2007 letter to Prime Minister Nuri al-Maliki sent by then US ambassador Ryan Crocker and the former commander of US forces in Iraq, David Petraeus, warned of the consequences of a disaster at the dam, which was assessed to have serious structural weaknesses.

"A catastrophic failure of Mosul dam would result in flooding along the Tigris river all the way to Baghdad," the letter read.

"Assuming a worst case scenario, an instantaneous failure of Mosul dam filled to its maximum operating level could result in a flood wave 20 metres deep at the city of Mosul," it said.

The Islamic State has already resorted to the weaponisation of dams, as was the case earlier this year when it flooded large areas around the city of Fallujah, west of Baghdad.

However Mosul is the main stronghold of the Iraqi part of the Islamic State's self-proclaimed "caliphate" and the dam would be an important part of its own economy and state-building efforts.

"Naturally there are concerns militants could flood down-river areas... but in Mosul it would be a bit of an own goal," said John Drake, an Iraq specialist with the AKE Group security company.