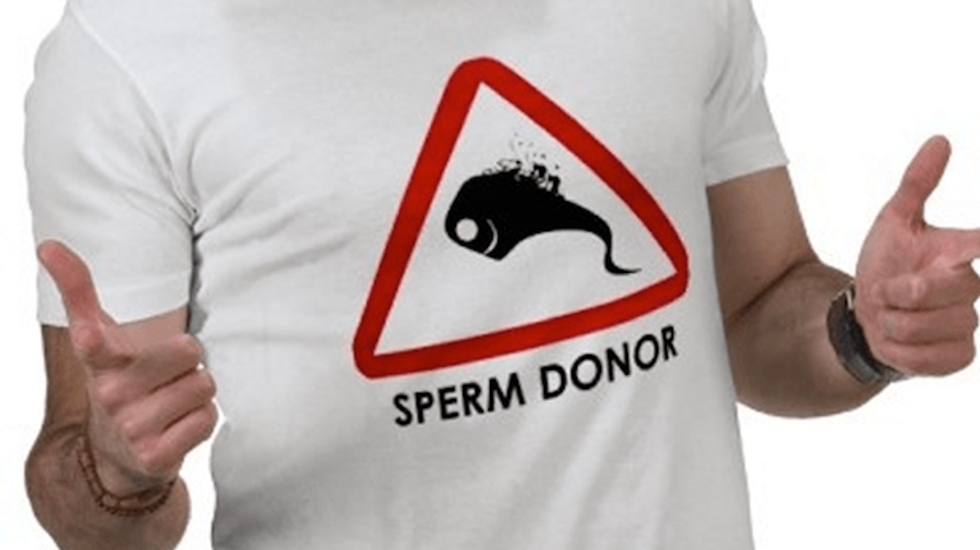 Nice Jewish boys, you're out of luck. Apparently, Israel's Operation Protective Edge in Gaza has ushered in not just death and destruction, but a rise in requests for sperm of men with combat experience.

But the staff of a sperm bank at Rambam Medical Center, the largest hospital in northern Israel, is noticing a recent spike in the request for donors who have not just served in the Israeli Defense Forces (IDF) but have had combat experience, as opposed to, say, experience as desk jockeys or company clerks or the "jobnikim," the soldiers who do something like cook, drive, clean, build, and go back home every day or every weekend.

Every month 60 women apply for sperm donations from the Rambam Medical Center. Since the Gaza offensive, half of them have have requested sperm with combat experience. The issue hardly ever came up before.

Women build for themselves an ideal profile and picture of who the future father of their children will be....  A man who served in a combat unit comes across as someone who has impressive physical attributes that live up to the genetic aspirations of the women.... Generally speaking, he will be physically fit and in good health, in addition to other important attributes.

This could cause a major change in the Jewish gene pool. Will the nice Jewish boy, with a predisposition towards reading and leg-crossing, become extinct in Israel?