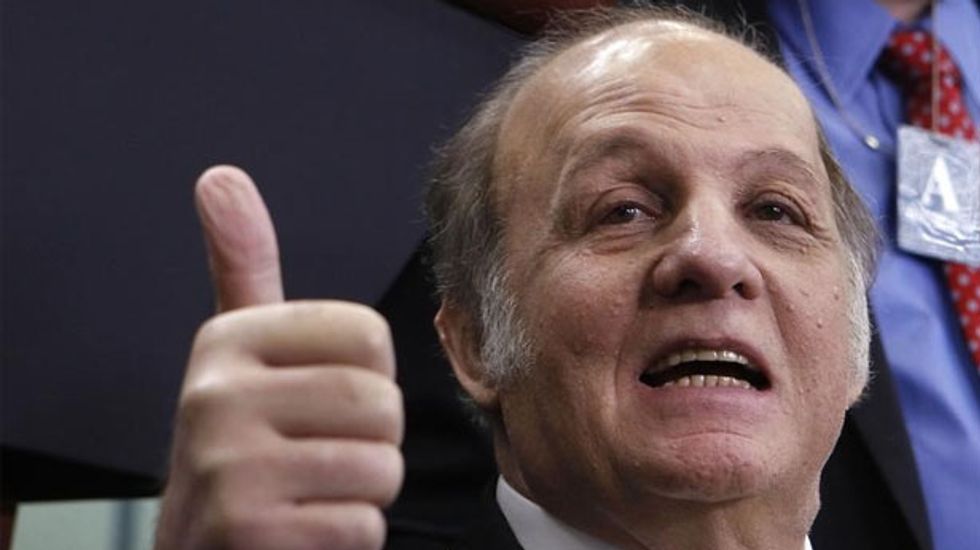 Brady became a leading gun control crusader after the March 30, 1981, attack that left him partially paralyzed due to brain damage. Jennifer Fuson, deputy director of media relations for the Brady Campaign to Prevent Gun Violence, said staff members were still waiting to learn the circumstances of his death.

Brady spent the rest of his life in a wheelchair after being shot, but, with wife Sarah, campaigned for a gun law that would be known as the "Brady bill." The law, which was passed in 1993, required a mandatory five-day waiting period for purchase of handguns and also background checks for would-be gun buyers.

Reagan was two months into his presidency when John Hinckley Jr. drew a $29 handgun outside a Washington hotel and wounded the president, Brady, a Secret Service member and a Washington police officer.

Reagan and police guards fully recovered but Brady - known for his jovial manner and fondly nicknamed "the Bear" - was critically wounded from the .22-caliber bullet that exploded into his forehead.