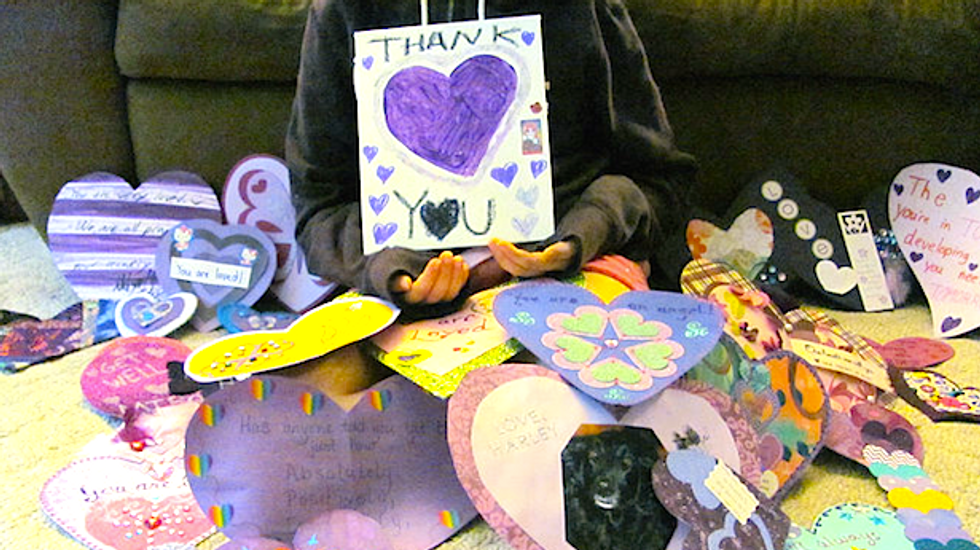 MILWAUKEE (Reuters) - A Wisconsin girl, one of two 12-year-olds accused of luring a friend into the woods and repeatedly stabbing her to please a fictional Internet character known as Slenderman, is not mentally competent to stand trial, a judge ruled on Friday.

The judge ordered the girl, Morgan Geyser, to be committed to state's department of health services.

A psychologist who examined Geyser said at the competency hearing the girl may have trouble understanding her crime.

"She presently lacks substantial mental capacity to rationally and factually understand her charge and be a meaningful assistance in her defense," psychologist Brooke Lundbohm testified.

Geyser and Anissa Weier have been charged as adults with first-degree attempted homicide. They are accused of stabbing their classmate 19 times in late May in Waukesha, a western suburb of Milwaukee, the morning after a sleepover. The victim survived the stabbing.

Geyser said during her evaluation that she sees unicorns, has mind control powers and believes Voldemort, a villain in the "Harry Potter" book series, gave her directions and Slenderman is real, Lundbohm testified.

The girls told investigators they stabbed their friend, also 12, to impress Slenderman, a tall, fictional bogeyman popular on the Internet that they insisted was real, according to a criminal complaint.

A status hearing for Weier also was held on Friday.

The girls face up to 60 years in prison if convicted as adults of attempted homicide. They could be incarcerated to age 25 if they are convicted as juveniles under Wisconsin law.

The girl they stabbed spent six days in the hospital, according to her family. Her identity has not been made public.