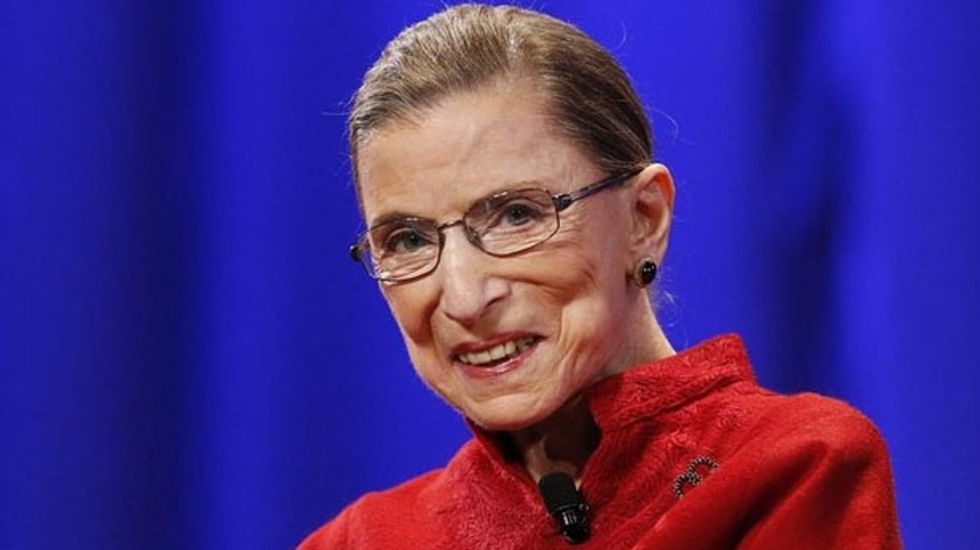 WASHINGTON D.C. (Reuters) - In an interview with Reuters late on Thursday, U.S. Supreme Court Justice Ruth Bader Ginsburg, 81, was not just defiant about calls for her retirement. A former women's rights advocate appointed to the court in 1993 by President Bill Clinton, Ginsburg also had plenty to say about how the Court's controversial Hobby Lobby decision highlighted a gender gap among her fellow justices, why gay marriage will continue to face court challenges, and why a woman might not be her ideal successor. Excerpts:

Q: The Court issued a string of decisions this term that might hurt women, and you’ve complained specifically about the Hobby Lobby case that said for-profit employers can cite religious reasons to opt out of birth control coverage under federal law. Do you think the majority is going backwards, even though there are now three female justices?

A: Not on this issue. Their blind spot (on women) has been there (in past cases). Some of my colleagues are sensitive to the criticism that the court has gotten on Roe v. Wade. I thought Hobby Lobby was inexplicable. Whatever your religious beliefs you don’t foist them on your employees.

Q: What difference does it make to have three women justices? (Sonia Sotomayor and Elena Kagan joined the nine-member bench in 2009 and 2010, respectively.)

A: I think it has made an enormous difference in the perception of the court, (for spectators) sitting out there and seeing Sonia and Elena participate very actively in the colloquy.

Q: Are you surprised at how quickly the same-sex marriage dispute is heading back to the Supreme Court since last year's ruling in the Windsor case. (The 5-4 decision in U.S. v. Windsor extended federal spousal benefits to same-sex married couples.)

A: I am not surprised by the change (in attitudes among people). I’ve never seen social change come so fast. This is different from race, where there was such a marked separation. People lived in communities that were white or black. Here, it’s your neighborhood ... your child... people in your own community.

Q: Do you think the court would be ready to invalidate state bans on same-sex marriage?

A: I won’t make predictions. You know that there are two themes in (Justice Anthony) Kennedy’s (Windsor) opinion: One about liberty and dignity (of individuals) ... On the other hand, he talks about marriage being in the state’s domain … Those don’t point in the same direction.

Q: Do you worry about who will succeed you when you do retire?

Q: Do you think you should be replaced by another woman?

A: No. There are some women I definitely would not want to succeed me ... but a man like David Souter, that would be great.