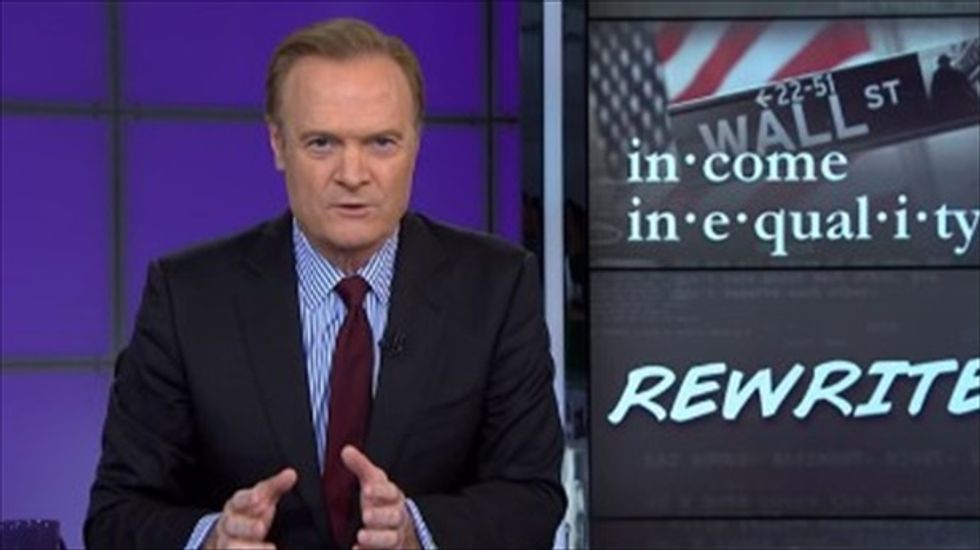 MSNBC host Lawrence O'Donnell argued on Tuesday that a new report highlighting the damage income inequality does to Wall Street should change the debate around the subject by excluding morality in favor of economic self-interest for the wealthy.

"Worrying about income inequality is now way too important to be left to the liberals, according to this Wall Street report" O'Donnell said.

As the New York Times reported, the study by Standard & Poor's Ratings Services found that the rise of income inequality in the U.S. has damaged the growth of the country's gross domestic product, to the point that Standard & Poor's downgraded the country's projected growth rating over the next decade from 2.8 percent to 2.5 percent.

"We see a narrowing of the current income gap as beneficial to the economy," the report stated. "In addition to strengthening the quality of economic expansions, bringing levels of income inequality under control would improve U.S. economic resilience in the face of potential risks to growth."

O'Donnell further argued that the massive gap in income distribution hurts those at both the top, since their disposable income is less likely to be put back into the economy.

Watch O'Donnell's commentary, as aired on Tuesday, below.