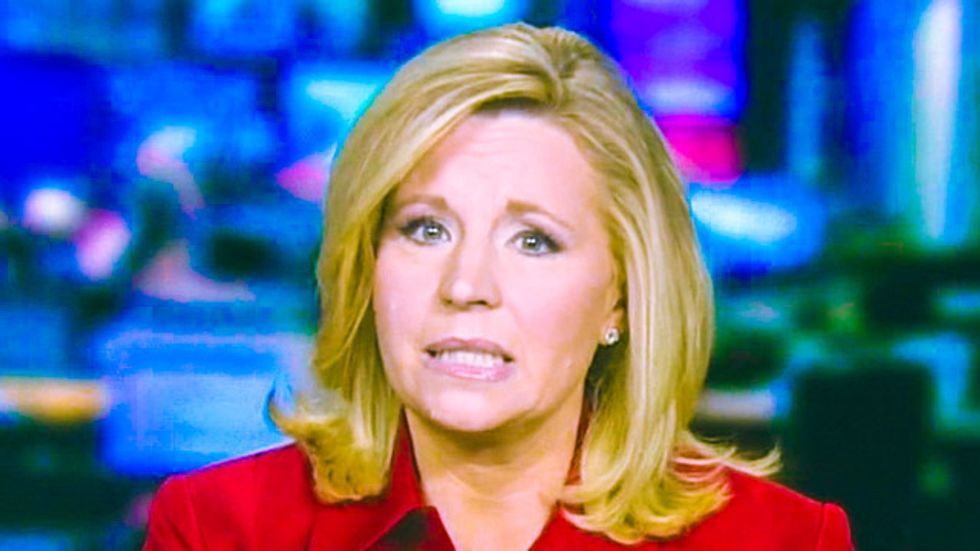 In a segment boldly titled, 'Enhanced interrogation,' Crowley asked the former Wyoming U.S. Senate candidate about Obama's remarks earlier this week when the president said, "We did a whole lot of things that were right, but we tortured some folks. We did some things that were contrary to our values.”

"You know Monica, this president is an utter disgrace. He's got a situation where, as your last two reports showed, you've got crises erupting around the world, " a fired-up Cheney complained. "And he is expending more time, more energy, more passion, more aggressive activity in targeting and going after patriots, heroes. CIA officers and others who kept is safe after 9/11. He's lying about what they did, he's slandering them, he went to Cairo and did it in 2009."

Cheney added, "Today he did it from the podium of the Oval Office. It's a disgrace. It's despicable."

In 2002 the Bush/Cheney administration  authorized the use of so-called 'enhanced interrogation techniques' of detainees in the wake of the 9/11 attacks. A U.S. Senate report, due to be released, is purported to conclude that the CIA's use of harsh interrogation techniques following 9/11 attacks was ineffective and yielded no critical intelligence.

Contrary to Cheney's comments, the Obama administration has failed to aggressively prosecute anyone associated with the interrogation program.

Crowley continued by asking Cheney if President Obama was bring up issues relating to the Bush/Cheney administration because, "his plate is now full of scandals and international crises in large part a direct result of his immediate weakness as Commander in Chief."

“Absolutely,” an animated Cheney replied. “He really would like to change the subject. That press conference today… was an amazing and stunning display of a president, a leader, a Commander in Chief who seems to take no responsibility for anything that’s happened on his watch.”

Watch the video below, uploaded to YouTube by NewsNow: