Maybe it's time to reevaluate the tradition of putting a baby's penis in a grownup's mouth. 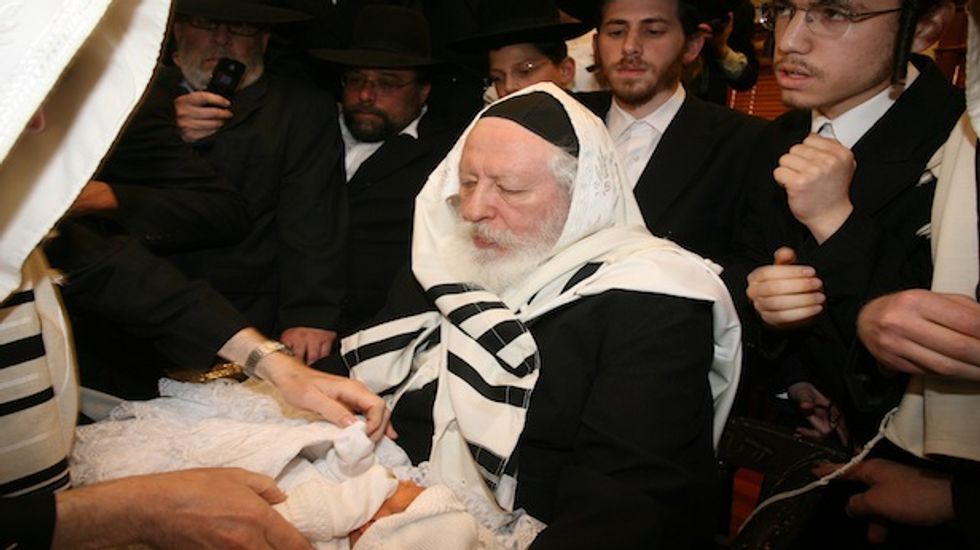 Two more babies contracted Herpes from the rabbis who circumcised them in New York City. You see, some ultra-Orthodox moyels (people trained to perform a bris, the Jewish ritual of circumcision)  follow up the circumcision with another ritual, Metzitzah b’peh (MBP), sucking the blood from the baby's penis. New York City has banned two  moyels from performing the ritual, but won't release their names. So, how enforced will the ban be?

Since 2000, 16 babies contracted herpes from MBP in New York City. At least two died and one sustained brain damage. So, what is to be done?

On this week's Morning Jew, Katie Halper and Heather Gold sought the opinion of Josh Gondelman, comedian, writer, co-creator of the Modern Seinfeld Twitter account, and web producer for Last Week Tonight with John Oliver. You may recognize him from his hilarious performance as a young Republican in these videos.

I don't want to be controversial here, but maybe it's time to reevaluate the tradition of putting a baby's penis in a grownup's mouth.

Hmm. Could Gondelman be onto something?

We also talk about how it's been a bris-length 8 days since Morning Joe has refused to apologize to us and/ or or invite us to be on their show,  after dropping the "Morning JEW" bomb, but who’s counting. As we go over this week's stories, we realize it's been quite a shameful week for the Jews. Some of the shondehs (shames) include:

But at least we have Josh to cheer us up with his "Young Dad Vibe" and deep thoughts about why apologies suck.